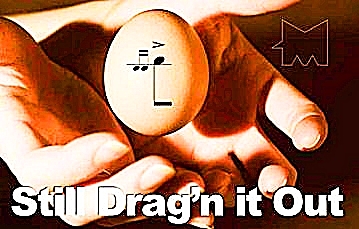 Note:  Drags or Ruffs may contain Flams, like the llR L R rL Ratamaflam, but since the Drags or Ruffs are deeper level of complexity they are included here instead of on the Flams page.  Drags or Ruffs may also contain Singles, Doubles, Triples, or Buzzes, but the reason they are not on those pages is because here they are “compressed/contracted” into a more “closed-texture” as grace-note strokes of an unspecified Note/Time-value that Setup a Principle-Stroke.  For example, R L R L counted 1 e e + _ _ with 1/16-note Triplets is a Single-Stroke 4 on the Singles page, but “compressed/contracted” into rlrL where the L is the Principle-Stroke on count 1 and rlr has to “squeeze” in before the L, makes it a 4-Single-Stroke Ruff found on this page.  The level of complexity and uniqueness of sound has caused others in history to classify them differently, but you really should view them as all related on a spectrum of open-to-closed texture.

Main Strokes = Strokes that have a Note/Time-value so they are not grace-note strokes but either the Principle-Stroke they Setup to create a Compound-Stroke or other Simple-Stroke(s) that are part of the Rudiment, e.g., the llR llR L R L Double Ratamacue has 5 Main Strokes.

Be careful:  As you can see, some people refer to the Drags in this section the same as Ruffs in the last section!

Video:  Alternating Drags – Turn up your volume on this old video

Video – 22PWG:  Extend Drags & Drag Taps out by revelation to deeply explore them as a little child

Video:  Single Drag Taps – Turn your volume up on this old video

Video:  Drag Tap Fills – Drag on the Snare and ‘Tap’ on a Crash with a Bass-Drum

Video – 22PWG:  Extend Drags & Drag Taps out by revelation to deeply explore them as a little child

Video:  Double Drag Tap – Turn up you volume on this old video

Video:  Lesson 25 – Turn your volume up on this old video

Video – 22PWG:  Single Ratamaflams – Expanding Universe of this Rudiment relates it to others – Part 1, Part 2

Video:  Flam Drag – Turn your volume up on this old video

Drags with 5 or more Main Strokes:

Video:  Single Dragadiddle – Turn your volume up on this old video 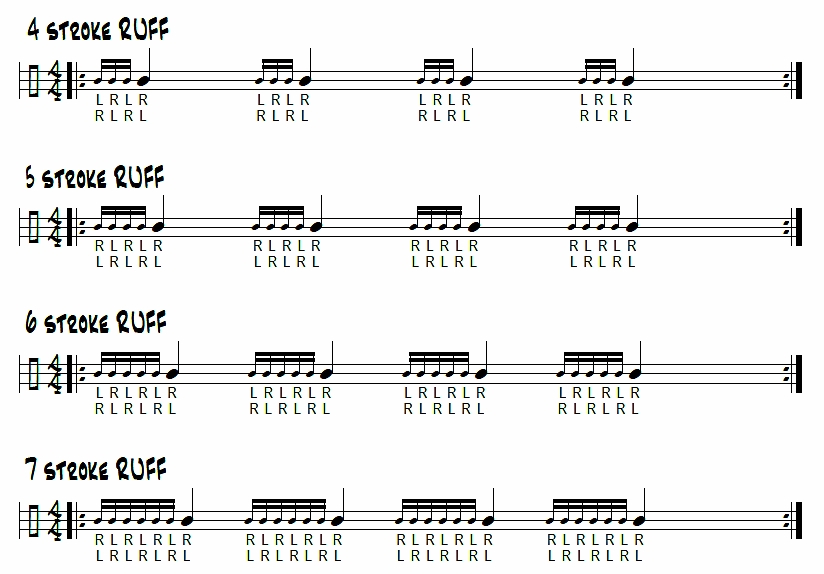 Be careful:  Some people call the Drags in the previous section “Ruffs.”  Yikes!