BT12:  Tongues is according to the Will of God for our own benefit and others 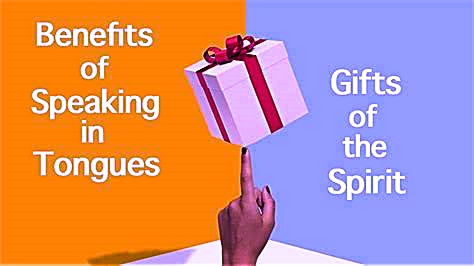 The NT says God already knows what we will ask before we pray, and so we shouldn’t repeat phrases like the mantras of the Gentile religions who “believe to have religious, magical, or spirituals powers” such as Buddhism, Hinduism (even Yoga), Jainism, Sikhism, Japanese Shingon tradition, Taoism, and even Catholicism or use chanting prayers/songs to induce a trance-like state as in witchcraft prohibited by God or “supposing that they will heard by their many words” (a).  <Notes> a) Matthew 6:7.

Furthermore, Paul says that we can even groan or sigh without words and the Spirit will still intercede for us when we don’t know how to pray (a).  Nevertheless, Paul sets himself as an example to follow his thelo “optimal-desire” that they even “proseuchomai conversationally-pray and/also psalm” (b) primarily to God and “not hypocritically to be seen by men” (c) but to God by-the-means-of the Spirit of/belonging-to us by-the-means-of supernatural glossa tongues/languages and to do this in addition to regularly praying and/also psalming by-the-means of your mind (d). <Notes> a) Romans 8:26, b) instrumentally with or without words, c) Matthew 6:5-7, d) 1 Corinthians 14:2, 5, 14-15, 18.

In fact Paul says in Ephesians 6:18, “[I strongly urge you’all to] definitively/wholly [reflexively] dechomai ‘warmly-welcome’ the sword of/belonging-to the Spirit – which is presently/ongoingly [singular] rhema ‘directly-spoken/heard word’ of God (not a bible) – dia thru-the-realizing-channel-of pas ‘entirety of’ proseuche prayer and/coupled deesis supplication [by] routinely proseuchomai conversationally-praying in every season by-the-means-of [singular] Spirit kai and/related eis ‘toward and reaching the goal of’ this-very-thing [by] routinely agrupneo ‘vigilantly watching’ by-the-means-of pas ‘entirety of’ proskarteresis ‘steadfast/prevailing/enduring strength from being pros towards and interfacing with [God]’ kai and/coupled deesis supplication peri ‘all-around-about’ pas ‘entirety of’ the saints” as key to “putting on the whole armor of God that you might dunamia be [reflexively or passively] powerfully-enabled to stand against the schemes of the devil” in v. 6:11.  From 1 Corinthians 14:14-15 we know this is “routinely praying by-the-means-of tongues,” which is related to directly akouo ‘hearing to understand/know’ from God in order to do battle against Satan.  There is nothing here about quoting bible verses back to Satan as I was taught – not wonder it wasn’t effective!

Consequently, just as Paul writes about “speaking by-the-means-of tongues as building oneself up” (a), Jude 1:20 says “[I strongly urge you to] tereo ‘carefully watch/observe to safely-guard, care-for/attend-to, firmly-hold/stand-in/maintain-a-present-state,’ yourselves in the Unconditional-Love of/belonging-to God, [by] routinely building yourselves up in your Most Holy Faith, [by] routinely proseuchomai conversationally-praying by-the-means-of the Holy Spirit,” implying that routinely praying in tongues is integrally involved in routinely building yourself up as the way of ‘carefully-guarding-to-maintain yourselves in the Unconditional-Love of God, which is the presence of God Himself (b).  I would this is a really good reason to pray and psalm in tongues, just as Paul said he would do in 1 Corinthians 14:14-15!  <Notes> a) 1 Corinthians 14:4, the context is praying with eulogizing-thanksgiving to God per v. 14:16, as does Acts 10:46, b) 1 John 4:8, 16; Galatians 5:22.

This also may indeed be The Key to the successful “transformed mind” Christian life in order that we may “dokimazo ‘test to prove genuine’ what the good, acceptable, and perfect will of God is” (a), “trying to dokimazo ‘test to prove genuine’ what is pleasing to the Lord” (b).  That’s why we see that in church-assemblies the interpretation of tongues can even “benefit others” by “bringing some revelation or gnosis knowledge or prophecy or teaching” (c).  Certainly this is part of the fulfillment of Jesus saying, “I will give you another parakletos (d) to be with you forever, that is, the Spirit of The Truth . . . You already experientially, relationally ginosko know Him for He dwells WITH you (e) kai and/then shall actually be IN you.”  There are several New Testament verses that say that Christ as the Holy Spirit is ALL of this NOW for us (f)!  The “will of God” is no longer so much explicitly-stated to learn ‘by rote’ as the little-children of the old covenant did, but to discern by-the-means-of the Holy Spirit – see Least Among You – BT8 and New Covenant Ways – BT16.  This angers Sola Scriptura “By Scripture Alone” students like I once was, but it’s still the truth!  <Notes> a) Romans 12:2, b) Ephesians 5:10, c) 1 Corinthians 14:6, d) Jesus was the first Parakletos: ‘Close-beside’ caller, summoner, or inviter; helper, succorer, or assistant; encouraging teacher, counselor, comforter, or consoler; defense-attorney, judicial-advocate, or court-intercessor, e) as Jesus, the first, f) John 14:16, 26, 15:26, 16:7; 1 John 2:1.

Jesus preached and taught then – and still does – by His Spirit with His directly-spoken/heard rhema words.  The NT writers say much more about examining, discerning, or scrutinizing the will of God by-the-means-of-the Spirit through continual practice in renewing one’s mind via routine watching, listening, and feeling proseuche conversational-prayer than they ever do explicitly stating the will of God as logos messages for Christians to read, study, and memorize.  The Church of Christ was dead wrong – no wonder they are so dead!

g them that were trying to deceive them, saying instead “you’all have been anointed by the Holy One (Christ), and so you’all already [with ongoing effects] eido mentally ‘seen’ to perceive/know (a term for prophetic vision) all-things . . . The anointing that you already have received from God presently/ongoingly meno ‘abides, remains, lives’ IN you (a reference to the Holy Spirit), and/thus you have absolutely-in-fact-NO need that ANYONE should teach you, but-instead just this same anointing actually, presently/ongoingly teaches you peri all-around-concerning ALL things, and/specifically is presently/ongoingly factually-true and/coupled is presently/ongoingly absolutely-in-fact-NOT a lie (directly attacking these deceiving teachers), kai moreover kathos ‘down-from/according-to the extent/degree of, corresponding to fully/exactly as’ it (the anointing) has actually already taught you, presently/ongoing meno ‘abide, remain, live’ in Him.”  That’s what Jesus told them in John 15:4 to do “to produce much fruit!”  It’s that simple!

John wasn’t trying to be their “Teacher” but “I write these things to you” to warn them about teachers they don’t need, teachers that were in fact going to deceive them!  Religious Christianity is all about following “special” pastor-teachers!  So few Christians are actually learning directly from Christ’s Spirit!  This has to change if there is any hope against deception!

If you really want to know the Lord and His will, then you will have to learn how to pray & psalm by-the-means-of the Spirit’s tongues like Paul “thelo ‘optimally-desires” for ALL of us.  And if you want to share God’s will to other Christians, than pray that you or another will get an interpretation, but even more so to prophecy.  And if you are desiring to preach/witness the gospel logos message, then ask the Lord to even interpret tongues directly within the unbelievers so that it will be a “proving-sign” that will produce saving trusting-relying-faith inside them.  Paul’s teachings clearly indicate 3 different audience, purposes, and practices of tongues – see Tongues – BT4..