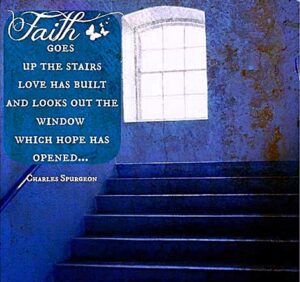 The Old Testament was written ultimately just to point the Jewish people to “Come to” Jesus/Yeshua – to have pistis trusting-relying-faith in THE PERSON of Jesus Christ who alone perfectly obeyed God to take away our unrighteousness in exchange for His righteousness, which is called “propitiation.”  Paul declared:  “Dia through-the-realizing-channel-of the obedience of the One the many will be ‘authoritatively brought-down to-stand-in-place as righteous” (a), by “a Son that learned obedience through what He suffered” (b), so “being found in human form, He humbled Himself by becoming obedient to the point of death, even death on a cross” (c).  We don’t place our trusting-relying-faith in the bible or our own obedience to the Law for righteousness but in Christ’s obedience – see Obedient Steps of Faith – BT17 on works of righteousness.  <Notes> a) Romans 5:19, b) Hebrews 5:8, c) Philippians 2:8.

John 20:30-31 explains why John waited until nearly the end of his life to write his gospel logos message account: “Now Jesus did many other signs in the presence of the disciples, which are absolutely-in-fact-NOT written in this book.  However, these things have already been [with lasting results] written in order that you might have trusting-relying-faith that Jesus is the Christ, the Son of God, and that by routinely/habitually having trusting-relying-faith you might have everlasting zoe genuine-life in His name/authority.” And later in John 21:25 he says: “Now there are also many other things that Jesus did. Were every one of them to be written, I suppose that the world itself could not contain the books that would be written.”

All the gospel logos message accounts were written fairly late (68-100 AD), so apparently it was more of an after-thought by the apostles, because only 4 of the 13 wrote anything down at all – Paul writing 51% of the NT – since Mark, Luke, Barnabas (book of Hebrews), and James weren’t even apostles.  And Mark and Luke were Gentiles that didn’t even know Jesus, disciples of Paul’s that simply collected information to later report, with no mention that the Holy Spirit was even guiding them.  So until this time, apparently the early Church simply relied on the Holy Spirit to be sufficient as “The One Teacher” for Christians!  If they had this confidence, maybe it’s a good idea to place our trusting-relying-faith there also!  Are we pointing others to the “Who” of Christ’s Spirit or a “What” of ancient writings that came much later and not even collected into a bible for another 200 years!

Jesus told the people early in His ministry:  “For ALL the Prophets and the Law prophesied heos ‘UNTIL the ending point of’ John the Baptist” (a) and “The Law and the Prophets were heos ‘UNTIL the ending point of’ John – SINCE THEN the great news (b) of the kingdom of God is preached” (c), indicating the end of the OT era and beginning of the NT era!  After Jesus resurrected he had to even open the eyes of His disciples “and beginning with Moses (d) and ALL the Prophets, He thoroughly-explained to them in ALL the scriptures the things concerning Himself” (e).  Some of the early disciples recognized this:  “Philip found Nathanael and said to him, ‘We have found him of whom Moses in the Law, also the prophets wrote, Jesus of Nazareth.’” (f).  See Logos Word of God – BT6 for those scriptures used to converts Jews to Christ.  See also Salvation – BT4 for 365 prophecies about Jesus. <Notes> a) Matthew 11:13, b) gospel logos message, c) Luke 16:16, d) Jesus is “The Prophet” in the Law: Deuteronomy 18:15, 18-19, cf. John 1:21, 25, 5:46 and especially Acts 3:22, 7:37, e) Luke 24:27, f) John 1:45.

Paul explains in Galatians 3:19, 21-26 the limited purpose of the Law:  “Why then the Law?  The Law was added for the sake/cause of (a) transgressions [from specific commandments] heos ‘UNTIL the ending point of’ the ‘Offspring’ should come to Whom (b) the promise (c) had been made . . . For if the Law had been given that could give zoe genuine-life, then righteousness would indeed be by the Law.  But the scripture imprisoned everything under sin (d), so that the promise [to Abraham for the nations] ek out-from trusting-relying-faith in Jesus Christ might be given to those routinely/habitually are having trusting-relying-faith.”  <Notes> a) adverb charin from charis unconditional-loving-favor-of-grace that furnishes the reason to take action of, b) Jesus, the Christ from Galatians 3:16, c) to Abraham and his singular offspring Jesus that ‘In you shall all the nations be blessed’ v. 8, 16, so that the inheritance comes by the promised Spirit through trusting-relying-faith v. 2, 5, 14, 18, d) because 97.4% of the OT is Law-based – see Logos Word of God – BT5a.

Paul continues:  “However NOW that trusting-relying-faith [in Christ] has come, we are no longer under a paidagogos legally-appointed child-educator/superintendent-guardian, for in Christ Jesus you are ALL [mature] sons (a) of God through trusting-relying-faith [in Christ].”  Paul clarifies our mature sonship:  “For all who are led by the Spirit of God are mature-sons of God” (b).  Our inheritance we can claim only when we are free, mature “sons” didn’t come by the “slave children” under the Law (c).  Mature-sonship inheritance only came through Jesus as the “mediator of a New Covenant” (d).  <Notes> a) huios: although we are adopted sons, we are NOW under the New Covenant made to share the same nature as their Father, able to receive their inheritance, b) Romans 8:14, c) Galatians 3:18, 4:30; Ephesians 1:11-18, d) Hebrews 9:15, 10:36, 11:8; Acts 20:32; Exodus 32:13; Colossians 3:23-24; 1 Peter 1:4.

Paul explains in Romans 16:25-26 that the “unhiding-revelation of the secret/mystery [of Christ] that was kept silent for long ages has NOW been brought-to-light-to-openly-manifest (a) and/also through the [OT] prophetic writings has been made known to all nations . . . to bring about the obedience of trusting-relying-faith.”  In Romans (b) Paul says:  “The gospel of God that He promised beforehand through His [OT] prophets in the Holy scriptures (c) concerning His Son . . . The righteousness of God is unhidden-revealed – from [one step of] trusting-relying-faith to [another step of] trusting-relying-faith, . . . manifested apart from the Law, although the Law and Prophets bear witness/testify to it – the righteousness of God dia thru-the-realizing-channel-of trusting-relying-faith in Jesus Christ. <Notes> a) by Christ’s appearing: 2 Timothy 1:10, Christ’s gospel logos message about Himself:  Titus 1:3, and then to the saints:  Colossians 1:26, b) Romans 1:1-3 (cf. Luke 1:70), 3:17, 21-22, c) graphe never referred to anything other than the OT until the Catholics tried to apply it to NT writing in 225 AD – see Logos Word of God – BT5.

Peter preaches in Solomon’s Portico in Acts 3:17-18, 24 “Now brethren, I know that you acted in ignorance, as did also your rulers, but what God foretold by the mouth of ALL the prophets – that His Christ would suffer – He thus fulfilled/completed. . . . ALL the prophets who have spoken from Samuel and those who came after him also proclaimed these days.”  Peter tells the God-fearing Gentile-proselytes to Judaism in Acts 10:43:  “To Jesus ALL the prophets bear witness that everyone who has trusting-relying-faith in Him lambano grabs-hold-of-to-receive forgiveness of sins dia thru-the-realizing-channel-of His name/authority.”  Even Jesus said:  “For ALL the Prophets and/coupled the Law prophesied heos ‘UNTIL the ending point of’ John” (a) and SINCE THEN the Great News (gospel) of the kingdom of God is preached” (b).  Only 2.6% of the OT was ever used by the early Church to convert Jews to Christ – see Logos Word of God – BT6, not all of the OT as many mistranslate 2 Timothy 3:15-16 – see Logos Word of God – BT7.  Nevertheless, Jesus is found in every OT book – see Salvation – BT3. <Notes> a) Matthew 11:13, b) Luke 16:16.