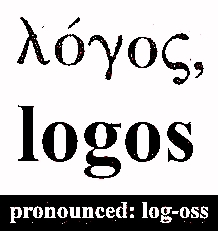 For a detailed discussion of the Greek word Nomos and Hebrew word Torah used for the Old Testament (OT) or old covenant “Law” see Logos Word of God – BT8.

According to Wikipedia, the OT Law or Torah has a range of meanings:

1) It can most specifically or technically mean the first 5 books, Pentateuch, or Books of Moses of the 24 books that make up the Tanakh or Mikra text of the entire OT.  In Galatians 3:21-23 Paul says that “the graphe scripture [that] imprisoned all under sin” likely refers to the Law of commandments in context.  See also definitions 1A, 1B but sometimes 2A of Logos Word of God – BT4 in the use of gramma writings that also means this.

3) It can mean the continued narrative of the entire Tanakh text of the OT, thus ALL gramma writings – see Logos Word of God – BT4 that make up graphe scripture – see Logos Word of God – BT5.  This is supported by many other sources, including The Bible Background Commentary of the New Testament by Craig S. Keener. Also, according to Strong’s Lexicon, Torah can also include the “body of prophetic teaching” called “The Prophets,” thus “The Law and The Prophets” being a typical division of the OT scripture.

4) It can even mean “the totality of Jewish teaching and practice.” The Free Dictionary explains how inclusive the Torah really can be viewed as an: “Entire body of religious law and learning, including not just sacred literature but also oral tradition.” It really is bewildering that so many Gentile-Christians don’t see how “Jewish” it is for them to be reading, studying, memorizing, and trying to do the OT scriptures!

5) It can vaguely mean “that passage or portion of graphe scripture which gives an account of” what is spoken of, as with Elijah appealing to God kata ‘down-from/according-to’ Israel in Romans 11:2 where graphe scripture is singular WITH the definite article to indicate specificity and NOT the whole/entirety of.  Could this refer to 1 Kings 18:30-46 where he interceded & sacrificed AGAINST the current state of Israel but also FOR the restorations of the 12 tribes of Israel, slaughtered the prophets of Baal, and brought rain to the land again?  Contrast this to singular gramma writing WITH or WITHOUT the definite article that always refers to entire OT covenant or Law – see 1A and 1B definitions in Logos Word of God – BT4.

The OT conditions for God’s blessing, favor, and love through man’s “works of righteousness” dependent solely on man’s obedience of 613 commandments are strewn throughout every book of the OT, and much of the historical narrative and personal dialogues are based on it because they are “under the dominion/slavery of the Law” (a), making it often very difficult to distinguish this paradigm/mindset from the prophetic ‘kind/class/category’ of graphe scripture concerning the Messiah, the completely-different-in-kind New Covenant, or the righteousness and salvation that is instead through Christ’s unconditional-love based on unconditional-loving-favor-of-grace that depends instead on man’s obedience of trusting-relying-faith.  <Notes> a) Romans 6:14-15; 8:15; Galatians 2:4, 4:24.

The OT is full of Law “land mines” waiting to kill you and send you straight to hell!  That’s the reason it’s called “the Law of sin and death” (a) because “the graphe scripture imprisoned everything under sin . . . Now before trusting-relying-faith came, we were held captive under the Law, imprisoned UNTIL the coming trusting-relying-faith would be revealed” (b), so it’s a “ministry of condemnation” (c) and a “ministry of death” (d) because “the gramma writing kills” (e).  Gentile-Christians just don’t see how dangerous it is to be involved with the most of the OT, despite so many warnings by the NT writers!  It’s like playing with hand-grenades after the pins have been pulled! <Notes> a) Romans 8:2, b) Galatians 3:22-23, c) 2 Corinthians 3:9, d) 2 Corinthians 3:7, e) 2 Corinthians 3:6.

<Notes> a) singular with article can refer to the whole of scripture: cf. John 10:35, 19:28-30 – see definition A2 of graphe in Logos Word of God – BT5.  Nevertheless, in context of Galatians 3:22-23 it appears that Paul is speaking of the Law ‘kind/class/category’ scripture, but remember that can be quite large.  The is just like the singular gramma writing WITH or WITHOUT the definite article always referring to the entire OT Law – see definitions 1A & 1B in Logos Word of God – BT4 and Note 2A for the plural form WITH the definite article sometimes narrowed to the OT Law but sometimes the entire OT.

The OT gramma writings of graphe scripture are sometimes equated to the Law, based on the context: “He who is physically uncircumcised but keeps the Law will condemn you who are circumcised and have the [singular] gramma writing, but then break the Law . . . but a Jew is one inwardly and circumcision a matter of the heart – by-the-means-of the Spirit, absolutely-in-fact-NOT by-the-means-of [singular] gramma writing” (a).  The “completely-different-in-kind New (b) Covenant [is] absolutely-in-fact-NOT of/belonging-to the gramma writing [of the old covenant, or Law] but-instead of/belonging-to the Spirit, for the gramma writing kills, but the Spirit gives zoe genuine-life” (c).  When God’s will was written down because of the disobedience of the Israelites to learn from God directly on Mt. Sinai in Exodus 20:18-21, it instantly condemned mankind.  Do we really want to go back to this boxed-in, imprisoned, life of child-like “stoicheion rudimental ‘abc’ fundamentals of the world . . . why do you submit to regulations of ‘do not handle, do not taste, do not touch’ . . . although they have an appearance of wisdom . . . they are absolutely-in-fact-NO value in stopping the indulgence of the flesh” (d)?  <Notes> a) Romans 2:27, 29, see definition 1A & 1B in Logos Word of God – BT4, b) chadash, kainos: fresh, completely-different-in-kind, unprecedented, sharing nothing with its predecessors, unique, and superior, c) 2 Corinthians 3:6, d) Colossians 2:20-23.

However, Paul promises: “Now we are released from the Law, having died to that which held us captive, so that NOW we serve/minister in the completely-different-in-kind kainotes New (a) Way of/belonging-to the Spirit and/thus absolutely-in-fact-NOT by-the-means-of paliotes ‘old, antiquated, worn-out, useless’ WAY of/belonging-to the gramma writing” (b)?  Can you see that the “completely-different-in-kind kainotes NEW Way of the Spirit” is being pitted against the paliotes ‘old, antiquated, worn-out, useless’ “Way of the gramma writing” or “the Law” or “old covenant?”  One is written, the other isn’t!  Why would we go back to the child-like abc-fundamentals, milk-like education and the slavery of gramma writings (c), collected as late as 90 AD into graphe scriptures? <Notes> a) chadash, kainos: fresh, completely-different-in-kind, unprecedented, sharing nothing with its predecessors, unique, and superior, b) Romans 7:6, c) 1 Corinthians 3:2; Hebrews 5:12-13; Galatians 4:1, 24-25, 31.

The sign of the old covenant was circumcision, so you couldn’t be a Jew to be “right with God” without it. Yet Paul says it’s absolutely pointless whether you get circumcised to obey the Law, which is 97.4% of the OT, or not ALL:  “For IN Christ, neither circumcision nor uncircumcision counts (a) for absolutely-in-fact-NO thing, except trusting-relying-faith thru-the-realizing-channel-of unconditional-love routinely/habitually, actively, energetically, and effectively being worked.”  That’s the ergon ‘work/doing’ that counts!  It seems that “trusting-relying-faith in Christ and unconditionally-loving one another” have over-ruled the entire OT or at least 97.4% of it!   <Notes> a) is strong, forceful, robust, sound, able, serviceable.

The first 5 books of the bible, the Torah Law of conditional-favor, makes up 97.4% of the essence of the entire OT, because only 600 verses of 23,145 refer to New Testament (NT) realities – see Logos Word of God – BT6!  But remember that most Jews view the entire OT and their Oral writings and their practices as The Law!

As Christian musicians, do we really want to involve any part of the Law, which is the basis of 97.4% of the OT scripture, in our ministry?  Aren’t we playing with ticking time-bombs?  If the scripture imprisoned the Jews, why are we locking Gentiles up in it?  It was only written to be used UNTIL Christ could come and the gospel of kingdom could be preached!

Lord, keep us from playing around with fire as little children because it can burn us and kill us.  We choose to NOW put all our focus on Christ and His completely-different-in-kind NEW Spirit and NO LONGER on the ministry of gramma writings that kill.

Spiritual Education, 97.4% of the Old Testament graphe scripture is Law-based, The early Church only used the other 2.6% that was Prophetic about the Messiah, Torah or Law isn’t just the 5 books of Moses but the entire OT to every Jew including Jesus, The Jews include the Oral Torah & practices as Law, The Law is a paradigm mindset of conditional favor with God, The Law is opposite of Grace, The New Covenant of grace is the opposite of the old covenant of Law, Indiscriminate reading of the Old Testament can bring you into slavery, Reading Moses can harden you heart, New Covenant is about direct God teaching, Old covenant is about indirect God teaching by writings, Old Testament writings is the result of Jewish disobedience to meet with God directly