10-6-21 Dream: Christ as King is coming preceded by Evangels with Miracles, Signs, Wonders 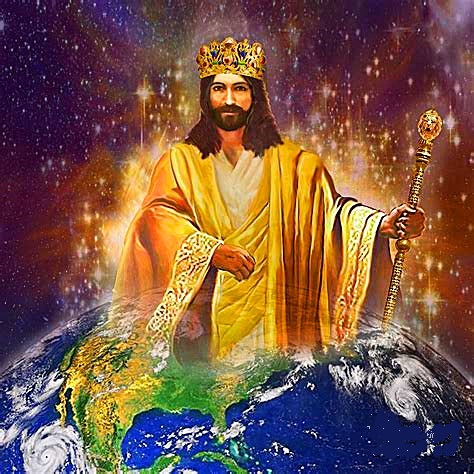 The King of kings and Lord of lords is coming sooner than many desire:

This morning I was sitting on a beautiful, ancient, ornately-carved, robust walnut bench in front of the Tree of Life during my proseuche conversational-prayer time in one of the Lord’s many gardens, its trunk so wide and strong that I was like a blade of grass in front of it. I can hear the River of Life behind the Tree of Life that waters it continuously.  Jesus and I were resting from a long walk.  I asked Him to show me what is to come – for me but also for us all.

Suddenly I saw a long, wide floor like a runway leaving a huge building, like a huge plane would leave a huge hanger. The room was darkened for a show, as if the runway was for a fashion show. Bright Light emanated from my left down the runway and out these massive doors to my right.  It was bright gold with sparkles of color.  The doors were very tall, higher than the Christmas tree they put in front of the White House or that of the FOX News tree.

Then I saw the Light was actually coming from a massive King dressed in gold with every kind of jewel woven into His robe.  It was made of beautiful red velvet-like cloth with actual gold ornamentation and different colored jewels as studs.  He had a massive ornately-decorated crown.  I could not see His face because the Light eliminating from Him was so strong.  It was also reflecting off his clothes to create a ‘twinkling’ in the room, which somehow I knew was actually newly-formed stars of universes.  His robe had underlying structure so that it proceeded AND followed Him like a long train of a wedding dress but here in all directions! 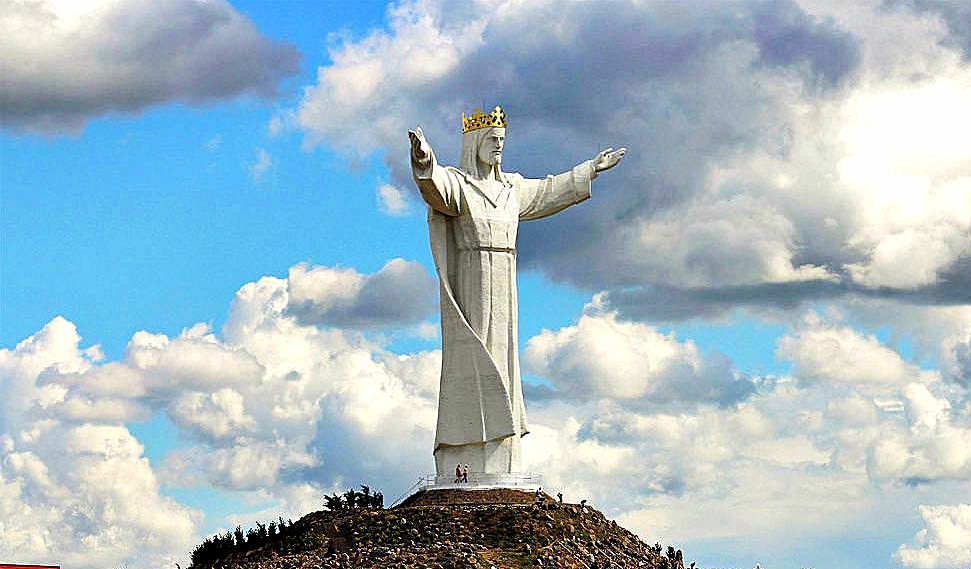 The Evangels were like grasshoppers next to the giant of Christ as King of kings:

I saw men circling Him and far to the front as with a royal processional. They looked like grasshoppers in comparison to the King with faces so small I could not see them, making them even more insignificant in comparison. There were so many that I knew they couldn’t be just the 12 “fathers of the 12 tribes of a Israel” combined with the 12 apostles that are the “24 elders before the Throne of God” in Revelation 4:10-11. The King’s glory wafted over all of them!  This glory is their only power, their only significance.  Otherwise, they were nameless & faceless in comparison.

I asked who they were. Jesus said, “They are Evangels.”  I thought He said angels.  Then He said, “These are My Evangels – My messengers of My Message to the world.”  Then I remembered that in Greek:  eu (good/great, pronounced “ev”) + agellos (pronounced “angellos”) + istes = “proclaiming/heralding messenger of the “great news” gospel logos message, so is thus transliterated into English as “evangelists.”  Jesus said, “That is what you call them, but I call them Evangels, for they are like my angels, but angels to spread My Message.”

In my translation studies – see Bible Info, I have run into this often:  English bibles translating the same Greek word with different English words, when the Greek means one thing.  This just confuses people to think there are different meanings.  Angels (agellos) are simply “messengers or delegates” period, however you use the word!  Jesus knows what He is talking about. Too bad the translators don’t listen to Him!  Most are like the scribes & Pharisees that didn’t recognize their Messiah the first time!

The glory of the King coming into the world is preceded by His glory upon His Evangels with great miracles, signs, and wonders to prove the gospel logos Message, just as Jesus said would be the case in Mark 16:17f, Acts 2:17-19, and many other NT and OT verses.

So Jesus was telling me to watch for this to know His coming as the King was near.

As we see this, some people like myself will get VERY excited, but many people will run in shame, and many others will rapidly increase their evil deeds, sensing their opportunity to benefit themselves will slip away from them. They want to ‘do as much damage as they can’ before ‘their ship’ sinks. Their motivation and power is from the pit of hell!  They are puppets & pawn of evil forces!

History repeats itself if you don’t learn from it:

We can already see this playing out in the Democrat & Republican parties – there is nothing “democratic” or “republic” about them, because the representatives from so many states say they have very few meetings to actually debate issues and find a compromise. They are simply TOLD by the majority party that this is the way it is going to be, which is absolute authoritarianism.  And there are members of the minority party that are actually representing the desires of the majority party as if they are spies & plants to insure their agenda.

Also, congressmen of 50 years have said they have never seen the 3 branches of government dissolve into 1 branch, the Executive, like it is now – “Taxation without Representation” is back in full force, just as in 1775.

But what did 40% of the US people do in 1776?  They declared the “War of Independence” from the occupying authority!  What will the Patriots of today do?  Sit back and watch their country be taken over by forces that very well may have hidden ties to foreign governments?  Director Radcliff of the Department of National Intelligence never gave his required report on the “Foreign Influence in US Elections of 2020.”  Why not?

Will there be true investigative reporting to expose the deception going on as with Watergate and the sham of the Vietnam war?  Or will the Mainstream Media continue to work for the government to be our “Official State Media” as in communist countries that do NOT have a Constitution and Bill of Rights with the 1st Amendment Right to Free Speech?

So watch the Glory of the “King of kings and Lord of lords” arrive first by His Evangels with great Miracles, Signs, and Wonders!  He is our great hope!

Have you seen signs of this?  What has the Lord told you?  Please share it below!

Thank YOU for visiting:  Christ as King coming with Evangels & Miracles