Biden stealing bases and getting tagged out

Biden stealing bases and getting tagged out 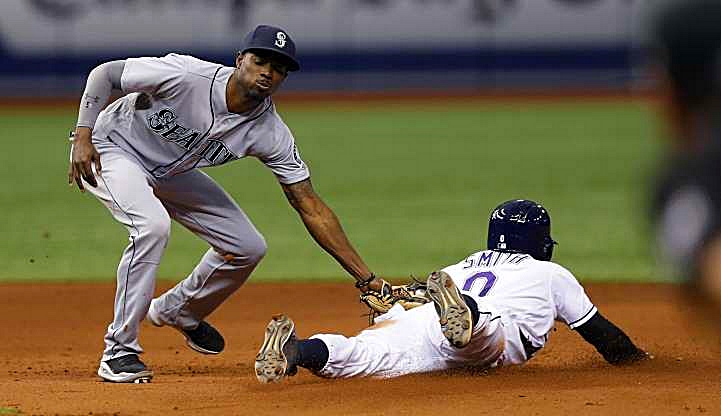 The Base “Stealer” is going to get Tagged “Out”

I was in a beautiful garden on a bench talking with Jesus as I sometime do in proseuche conversational-prayer, and He was going to show me things to come.  I began thinking about my life and then suddenly I started dreaming inside my thoughts inside this dream and I saw a baseball game. The pitcher held the ball in his glove, hidden from the ‘player’ trying to steal a base – he was about 1/4 the way from 1st to 2nd base, just watching for his chance.  He was a well-known ‘stealer,’ and I recognized him even though he was younger.

I was in the outfield between 1st and 2nd base, but subtly came in closer so as to NOT get the attention of the “stealer.”  I had practiced this move with the Pitcher who moved to the back of the mound as close as he could to the “stealer,” again without getting his attention.

Then at JUST the right time, as I made eye contact with the Pitcher, He stuck his left glove out in front to make it look like he was going lean back to pitch, just so that the “stealer” would make his move toward 2nd base.

But as the Pitcher leaned back to throw, He instead threw the ball backwards to me who know was nearly in the path of the “stealer.”  I quickly tagged the “stealer” then shot the ball over to 1st base to knock out the runner heading that way.  It was a quick ‘double play’ and before anybody could figure out what happened, the “stealer” and the coming after him were “out” and to walk off the field defeated in front of full stands!

The “stealer” was Joe Biden and the other “out” behind him will be Kamala Harris!  Both will be “out” in shame!  This is what is coming!  Praise the Lord!

Thank YOU for visiting:  Biden stealing bases and getting tagged out