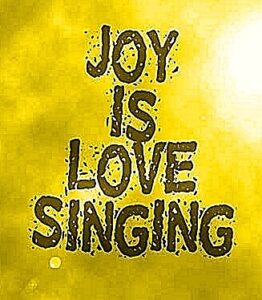 As music ministers, don’t you long for your playing to be such “praise to the Lord” as 2 Chronicles 5:13-14 describes that God’s glory comes in as thick as “a cloud of glory” such that all the other ‘busy-bee Martha-type workers FOR God’ in the congregation (a), can’t even stand up?  I’ve been privileged to be in a few church services that were so abandoned in worship that the preachers wisely sensed in the Spirit that they need not break the flow of the Spirit by adding their ‘two cents worth.’  Yet, I’ve seen prophets be prompted by such intense worship to speak bold, encouraging, and correcting directly-spoken/heard prophetic rhema words directly from God that sent the worship service to an even higher level!  Unfortunately, after one pastor realized he was ‘getting a talking to,’ he soon stopped prophecy in that church all together!  The same thing happened around 200 AD in the Catholic Church as the bishops became increasingly corrupted by the greed and power of the Roman Empire. <Notes> a) In Luke 10:38-42 Martha erroneously thought her waiting on Jesus and the apostles was the “better portion,” but Jesus clearly explained that Mary’s full attention to His “every rhema-word that comes from the mouth of God” that is “our daily bread of zoe genuine-life” actually was.

Look what happened in 2 Kings 3:14-15 when the prophet Elisha said, “Bring me a musician” and “When the musician played, the hand of the Lord came upon him (Elisha) and he prophesied: “Thus says the Lord, ‘I will make this dry stream-bed full of pools [of water] . . . filled with water, so that you shall drink . . .” And that’s exactly what happened in some of our worship services!  What was previously “a dry stream-bed” in peoples’ lives became “filled with water so that we could drink” the living waters of the Holy Spirit, being so full we became “drunk in the Spirit.”  It all comes down to being willing to surrender control of our pre-planned programs and schedules, even the prepared pastor’s sermon (a later development in Church history), in a worship service and instead listening watchfully for what the Holy Spirit is doing, and then ‘going with the flow’ instead of interrupting it, which surely grieves the Holy Spirit by forcing our flesh’s “might and power” upon HIM!

God doesn’t care about these ‘resources and abilities’ of man, but all these verses show that God really cares about the internal attitude of the heart directed towards Him that is freely expressed in different ways, using such phrases as:  sing aloud; shout for joy; raise a song; sound out; blow; let everything praise Him; praise Him with; offer praises to the Lord with instruments that I have made for praise; celebrating before God with all their might, with song, and lyres, harps, tambourines, cymbals, and trumpets; the singers who should play loudly on musical instruments, on harps and lyres and cymbals, to raise sounds of joy; with shouting, to the sound of the horn, trumpets, and cymbals, and made loud music on harps and lyres; sing to Him, sing praises to Him.”  Now that is what I call a party!

The Christian ‘party’ with music is what Ephesians 5:18-20 (compare Colossians 3:16) is all about – not getting habitually filled-up-by-wine-to-the-point-of-drunkenness but instead habitually getting filled-up-to-completion by the Spirit, speaking to/addressing one another reciprocally with psalms, hymns, and Spirit-kind-of odes (a).”  Sign me up!  Rarely have I seen this enthusiasm in the many churches I’ve attended or played for.  But I’m not the only musician that yearns for this!

<Notes> a) odes are psalms or hymns, thus any song with or without instruments.  However, to differentiate from flesh-kind-of odes, Paul says “Spirit-kind-of odes.”  These aren’t pre-planned or pre-composed by secular or Christian artists using their natural, flesh “might and power” skills.  Instead, they are anointed, prophetic odes created “by the Spirit” right then and right there spontaneously.  That’s makes them the completely-different-in-kind-superior chadash/kainos “NEW Praise Songs” of the like-kind chadash/kainos New Covenant.  This is exactly why Paul decided in 1 Corinthians 14:14-15 to not only “pray and sing with The nous mind” that is “productive” in creating thoughts that can be expressed with intelligible, understandable words, but Paul will ALSO “pray and sing with THE Spirit” which is “by the means of a [supernatural glossa] tongues” that Paul teaches often is a grace-gift of The Spirit to build up individual believers though if interpreted during assemblies can also build them up like prophecy does.  Again, this comes down to surrendering-control of your mind’s planning, thinking, scheming, rational understanding, and skills to allow the Holy Spirit to take control of your “members,” whether it’s your tongue to speak tongues, your mouth and breath for wind-instruments, your fingers and arms for stringed-instruments and piano, or even legs for the drum-set player.  It really comes down to Romans 6:13 “presenting yourself (the internal) to God . . . and your members (the externals) to God as instruments for dikaiosune divine-approval-righteousness.”  And what could be more “righteous or divinely-approved” than worship when God has your internal and externals, thus your whole self?

As Christian musicians, don’t we want the ‘party’ with the Lord and His people to be more exciting and fulfilling than those in the world that are almost always centered around alcohol and/or drugs?  I’ve been on 15 worship-teams in a LOT of churches, but I’ve also played in 25 secular bands for a LOT of types of this world’s celebrations.  I’d say 80% of the churches are dull and boring compared to the parties the world has!  That’s because 80% of the churches are working really hard FOR God but they aren’t WITH God in His actual presence.  They have solemn, busy, dutiful religion but not joyful, peaceful, overflowing relationship!  And frankly, people in the world have so much more fun in their celebrations they simply aren’t interested in the former.  However, because these worldly celebrations are fleeting and leave the people just as empty and unsatisfied the next day and restless, they are definitely ready for a “WITH God” celebration!

There are a lot of Martha ‘busy-bee’ workers FOR God running churches that really don’t know how to lead people into the actual presence of God, basking in the prophetic rhema words of God spoken through Body-Ministry, so they program their services to quickly move from one thing to another to keep the people from getting bored, but actually that’s all they know themselves.  They will never know the completely uncontrollable experience of being controlled by the Holy Spirit and the overwhelming unconditional-love and exuberant joy that comes from this!  They will never really ‘party’ WITH God!  However, people in the world REALLY are looking for this!  The New Covenant came to bring David’s abandonment in worship that is “after God’s own heart” to the Church!

Lord, we want to ‘party down’ WITH You instead of what the world offers!  Lead us into Your presence and fill us up by Your Spirit. Help us Meet-Up with others who really want this, too!