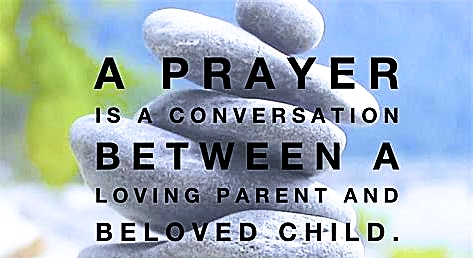 God’s original PLAN A is still to have:

An intimately experiential, abundantly fulfilling, powerfully transforming, and abiding fellowship with God by:

There is really nothing “new” in this study that hasn’t been said a 1000 times by Jesus and the apostles, but you may find much of it quite shocking as I did after researching every verse I could find on the subject, translating from the original Greek and Hebrew languages!  Yet, it may seem “new” to you, because you haven’t come across these verses, or seen them all pulled together in order to see “the whole counsel of God” (a) on the subject, or even because most English bibles for the sake of readability and saving expensive print space, don’t translate the full meaning of the original text – after all, it can really get wordy and messy to read – see Bible Info!  <Notes> a) Acts 20:27.

If you want more expansion on this you can read my 19 page Long Summary of this BLOG or you can read the full 34 page documentation – Contact Us for these.  If you don’t believe something you read in these, be like the “Berean Jews who were more nobler than those in Thessalonica because they examined the OT scriptures daily to see if the things Paul preached were actually so” (a).  If you are still scratching your head, just keep asking and listening in proseuche conversational-prayer and God will surely tell you the truth! <Notes> a) Acts 17:11.

The impetus for this study was to answer a nagging question I’ve had since receiving many dreams and visions from God, and doing a comprehensive study on divine Unconditional-Love. God is forever infinitely no-strings-attached unconditional-love – period.  Every other word in the bible about God is simply trying to describe a ‘facet’ of that beautiful diamond or a ‘flavor’ of that “[singular] fruit of the Spirit” (a).  <Notes> a) Galatians 5:22-23.

I also had my socks blown off when I discovered the New Covenant was “completely-different-in-kind, unprecedented, and superior to the old covenant” and by definition and all the verse contexts couldn’t include anything from the old covenant, contrary to so many “traditions of men” in the Church today.  After having more visions and dreams and another equally comprehensive study on Knowing God to find out that God “keeps Himself hidden from the so-called ‘wise and understanding ones’ but reveals Himself to little children,” I followed up with a comprehensive study on The Least Among You to find out that God’s New Covenant Way of the Promised Holy Spirit’s enabling-power per Zechariah 4:6 bypasses all of man’s “might and power” that he could pride himself in, his external and internal abilities that “separate” people into “different piles,” which is the definition of inequity or partiality, that a just judge cannot show.  And so God cannot show any of this.  Thus Jesus comes as a slave, not a boss, to “the least before the greatest” – to “the least among you.”  God’s ‘PLAN A’ has to be so simple that a little child (a), a poor ignorant person, a blind person, a deaf person, or a mute person can understand and take obedient steps for salvation in Jesus!  Other studies spun out of these as I pulled on one thread after another from the unraveling tapestry of Christianity’s “traditions of men,” which turns out to be mostly man-made, self-prescribed, and man-taught religion that really has no biblical support in the original languages of the bible, context, or earliest Christian history. <Notes> a) means “before reading age.”

From all these studies, I could clearly see Jesus was the actual “bread to eat and water to drink for zoe genuine-life” that would satisfy my “hungering and thirsting for righteousness.” But then I became frustrated that, although I knew that Jesus was “The Vine of Abundant Life,” aside from past connections to “The Vine” throughout my Christian life – some so intense that I felt I had stuck my finger into an outlet and been shocked by heaven itself  – I nevertheless was “hungry and thirsty” more often than “satisfied” and had really not consistently seen the “bearing of much fruit” and “freedom from the slavery of sin” that Jesus promised for those who “routinely abide in the Vine.”

After having more dreams and visions and doing a comprehensive study on Spirit-baptism, I knew without a shadow of a doubt that my “tastings of the heavenly grace-gift that transformed me” in my past “fillings” were “The Real Thing” that answered my questions above.  So now I could clearly see “Who the Water of Life is” (Jesus) and “The zoe genuine-life and enabling-power of God” as the Promised Spirit of Jesus to “fill me with all the fullness of the Father,” and that “knowing God” could never be accomplished through book-learned religious gnosis info-knowledge, even though I have spent so much time acquiring it from “holy gramma letters” collected into graphe scripture, just as the scribes and Pharisees – the bible students of Christ’s day – erroneously “supposed they could take hold of by diligently searching/studying the scriptures” in John 5:39-40.  God told me in a dream that “the actual “theology of God can only be humbly received at the foot of the old rugged cross as God’s angels descend and ascend to deliver this revealed knowledge by the enabling-power of the Spirit,” and my studies confirmed this to be a “full, genuine, progressive, experiential, intimate, relational epignosis knowledge of God.”

Although my studies on proseuche conversational-prayer, worship, and directly-spoken/heard prophetic rhema words and my own prophetic dreams and visions versus second-hand communicated logos messages, even if these are of the gospel, all of this should have answered my lingering question:  “How do I get to the watering trough and how do I drink from it?”

However, I think I had either lost the forest through the trees, or just wasn’t convinced, or more likely, still “trapped and snared by the table (a) that cursed the scribes and Pharisee bible-students, cursed with bent backs forever” (b).  I feel the same frustration of gnosis knowing about something so well, like how to effectively study the bible after 5 bible colleges and so many language studies, but then being challenged by Jesus “that all this flesh (c) absolutely-in-fact profits nothing” (d) because He say says that all this is still “apart from Me, so you can absolutely do nothing” (e)!  As back-breaking and time-consuming as it is, it’s hard to let it go!  Paul calls this a “different spirit” (f) and “an elemental spirit” (g) common to every world religion, a fixation on the “shadows, figures, outlines, sketches, prototypes, copies, and elementary abc principles” (h) instead of the “reality that is Christ,” and he includes holy gramma writings, rituals, and so many other “special things” of all religions, even the OT one. <Notes> a) that the scrolls were rolled out on to read and study, b) Romans 11:19 cites from Psalms 69:22, c) of Zechariah 4:6 ‘might and power’ – man’s external and internal abilities – see also Identity, d) John 6:63 – in context Jesus is definitely referring to the Jewish religious system, e) John 15:5, f) 2 Corinthians 11:4, g) Colossian 2:8, 20, h) Colossians 2:17; Hebrews 8:5, 10:1; Galatians 4:3, 9.

I also did this incredible study called “One is your Teacher” that convinced me that the Father draws people and teaches by His Spirit, that Christ did the same when He was here, and that now since He ascended to the right-hand of the Father, Jesus relies on the Spirit He first sent on Pentecost to continue this “teaching of ALL things” (a) to Christians who have been Spirit-baptized, so that they “have absolutely no need that anyone write you or teach you because you have the Anointing” (b).  Nevertheless, I have still found myself having trusting-relying-faith on bible-study more than my dreams and visions, even though my wife and dad receive clear instruction from the Lord through proseuche conversational-prayer on a daily and weekly basis – steno pads full of it! <Notes> a) John 14:26, 16:13; 1 Corinthians 2:10, b) 1 John 2:20, 27.

So after some more visions and dreams, I decided once again to do another bible study – this one to answer that lingering question of “How do I get to the watering trough and how do I drink from it?”, and it really did pull together all of my studies, confirmed all my previous answers, and answered all my new ones, especially this lingering question.  The only way that Jesus, Moses, the OT Prophets, the apostles, and the earliest Christians were able to “get to the watering trough and drink from it” was by:

An intimately experiential, abundantly fulfilling, powerfully transforming, and abiding fellowship with God by:

If I am “obedient in this step of faith,” then God will powerfully work everything else out, “working in me both to desire and to do His good pleasure.”  Wow, what a simple-to-do step for little children or other Least Among Us to take!  What a “Great News” promise for God to keep!  It seems too good to be true, but the crazy thing is – it is!  I sure hope this is my last study, finally surrendering the “what, when, where, why, and how” of gnosis info-knowledge religion and being fully satisfied with the “WHO I am seeking” and finally knowing how to “abide in the Vine” the way Jesus did with His Father!

See Conversational-Prayer – BT2 for a short summary of the study that led me to this conclusion.