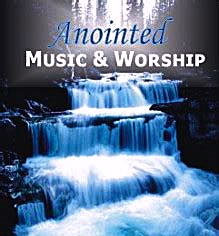 Thousands of Christian songs, but few are anointed, prophetic, and spontaneous!

There are thousands of pre-composed Christian odes – hymns (a) and psalms (b) that appear to be all for God, but I haven’t found near as many that are spontaneous in the present moment.  Also we will never know for sure how many are composed or improvised out of their own “might and power” flesh, out of their own body’s resources or that of others and their own identity’s soulish mind, emotions, and will-power.  The artist still ‘owns’ those songs even if they are composed and/or played for God.  We also won’t know how many were composed or improvised “in/by/with My Spirit, says Yahweh of hosts.”  God ‘owns’ those songs because they were created in/by/with Him.  The songs of unredeemed man, the natural man, are his ‘own.’  The songs of redeemed man, if composed and/or performed by the same “flesh” as a natural man, are still just his ‘own.’  This is only religion! <Notes> a) acapella songs, b) psalmos:  “hit, twanged, plucked, or twitched” songs with/without singing.

Sure, a satanic dark metal song that was meant for evil can surely be used by God for good (a), because God is sovereign over the affairs of man.  Sure, God can even make a donkey speak for Him if the crooked prophet won’t (b), because God is sovereign over the animals.  Sure, God can even make rocks cry out praise for God if the little children didn’t (c), because God is sovereign over inanimate objects.  But you will never see that these are God’s first choices nor His will for His people!  There’s hundreds of verses about His will, many of which we have explored in this website regarding music.  Christian musicians shouldn’t be trying to “be conformed or pressed into the image of this world, but be metamorphically transformed by the complete renewing of their minds” (d).  Why are they spending their time trying to make a song created by “natural man,” a worldly song, somehow better for God?  Why are they using the same methods or “rocks” borrowed from the world to build their own songs for God?  This is how The Great Wall quenching the Holy Spirit becomes taller!  Why not surrender control of our “might and power” flesh and compose and perform 100% “in/by/with God’s Spirit?” <Notes> a) Genesis 50:20, b) Numbers 22:28, 30, c) Luke 19:40, d) Romans 12:1-2.

We cannot judge (a) the composer or the performer, “for Yahweh sees not as man sees:  Man looks on the outward appearance, but Yahweh looks on the inner man/heart (b)” (c).  However the effect of such music is noticeably different – one “bears much fruit that glorifies the Father” because the Christian “branch” was connected or “abiding in the Vine of Christ.”  And the other that wasn’t “abiding in the Vine, apart from Me can do absolutely in fact nothing” (d).  Even though we cannot see inwardly like God can to judge the artist, “a tree is genuinely, experientially, relationally epiginosko known by its fruit (e)” (f). <Notes> a) krino: critique, b) lebeb, kardia, c) 1 Samuel 16:7, d) John 15:1-6, 8, e) karpos: outcome, f) Matthew 7:16, 12:33; Luke 6:44.

The stories of many inspired songs are absolutely amazing, a testimony to God’s enabling-power!  For example, Handel’s 260-page oratorio, 3-hour “Messiah” took only 24 days to compose because Handel said he saw it performed in heaven, and he was writing it down as fast as he could!  God ‘owns’ that song, not Handel!  Handel only penned it.  God’s gold oil of anointing or consecrated ownership is upon it.  When it is performed, even by worldly men, it is still God’s song.  Sure, God can use anything – what was meant for evil, even an animal or a rock – to accomplish His will, but He sure loves using things He created in the first place for that very purpose, like Handel’s “Messiah.”  I’ve seen it performed by worldly men and it still brought people profoundly into the presence of God, but not as many as when it is performed by musicians fully surrendered to the enabling-power of the Holy Spirit to play “by the Spirit” right then and there!  In that way the once-prophetic song is once-again being prophetically played, because God is freshly revealing His mind through its playing, so it is still directly-spoken/heard prophetic rhema word!  What a huge difference in effect!  This is pure silver!

But if you really want to experience a supernatural “atomic bomb” of worship, then compose and play anointed, prophetic music acapella like a hymn or instrumentally like a psalm right in the here and now spontaneously “by the Spirit”!  Not only did God once-upon-a-time create it and maybe even perform it through an anointed musician, but He does both NOW in the present moment and that’s what makes it such a powerfully-enabling, directly-spoken/heard prophetic rhema word of God!  It is NOW directly from God to and through you to others!  That is what I’m advocating – GO FOR THE GOLD!

As Christian musicians, have you felt the difference between composing and/or playing “by the flesh” and “by the Spirit?”  Can you discern an anointed song or a prophetic song?  Are your eyes glued to the music stand or freed from it?  Have you experienced the Holy Spirit guiding you to play spontaneously?  Please share your experiences here with others.  Do you have some recommendations for others to listen to?  What have you learned from them that works and doesn’t work?  Please paste in the video’s URL in the BLOG comments so that others can just click on it.  Thanks!