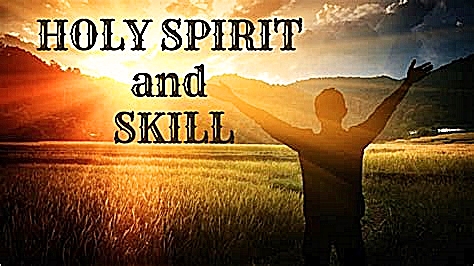 Doesn’t the OT teach musicians to be skilled and professional?

Christian musicians have been erroneously taught from the OT that God wants them to be skilled and professional in the completely different-in-kind New Covenant.  Not only is “borrowing” from the OT the faulty foundation of The Great Wall quenching the Holy Spirit, but distorting it is even worse!  Careful translation of the original languages and reading these so-called “proof texts” in context causes them to ALL fall apart.

For example, 1 Chronicles 15:16-22, 25:1-8, and 2 Chronicles 34:12 doesn’t actually promote human musical “expertise” to qualify leaders for worship service, but they simply say that these selected musicians “understood it” or were “informed” or “had musical ability” or “had intelligence,” just as other better translations have noted.  That’s what the Hebrew and Greek texts actually say!  We find out elsewhere that it was actually the Lord who powerfully-enabled them to perform so beautifully, not music lessons taught by mere human beings!  More details below.

Translations like “skilled, talented, accomplished, experts, masters, or teachers” are wholly misleading and are likely biased since many bible translators are highly trained and educated employees of major academic universities.  They have a vested interest with their choice of words!  However, the original languages and context have nothing to do with “natural aptitude, skill, or professionalism” but only about something “learned through the 5 senses.”  It’s preposterous to assume that human teachers were the source of such supernatural ability!  And worse is the King James Version that says these musicians were “cunning!”  Furthermore, it really didn’t matter what their natural skill level was or how professional there were because their duties were determined by the casting of lots, which was their way of insuring that the choice of musicians was independent of their natural “might and power” but left solely up to God’s Spirit.  If you think “throwing dice” is just a game of chance or just a silly OT practice, why did the apostles cast lots in Acts 1:26 to add Matthias to the 12 apostles after Judas hung himself?  Let’s look at these verses in more detail below.

In 1 Chronicles 15:16-22, “[King] David also commanded the chiefs of the Levites to appoint their brothers as the singers who should play loudly on musical instruments, on harps and lyres and cymbals, to raise sounds of joy.  . . . The singers . . . were to sound bronze cymbals; Zechariah, [plus other specified men] were to play harps . . . but Mattithiah, [plus other specified men] were to lead with lyres . . . Chenaniah, leader of the Levites in music should yasar direct/discipline/admonish the music, for he biyn/sunetos understood it.”

We also can’t presume that this leader “instructed” the Levites as some have erroneously translated yasar.  I’ve worked under a lot of orchestral, concert, and theater conductors and none of them except my frustrated grade and high school conductors spent much time at all actually training the musicians – it was up to our private lessons.  It actually would be an insult to professional musicians to single them out in front of other musicians.  No!  You are expected to take private lessons, practice, and come prepared.  You may get lucky and be able to ask questions after rehearsal, but not for long!  <Notes> a) 1 Corinthians 1:19.

It’ a crying shame that only five translations had “biyn, sunetos” correct with the translation “understood,” while 2 others went with “had understanding,” and 3 others were somewhat close with “was well-informed, was able, or for this musical ability.” So at least they left it up to you to figure out what kind of “understanding” they had.  Anointed musicians know!  However, many bibles go off the deep end by inserting words into the simple definition:  21 had “was skillful,” and 1 bible each had one of the following:  “able to instruct, a skilled musician, because of his skill in music, selected for his skill, ability to do something well, expertise, good at singing, good at it, highly skilled, very knowledgeable, was very good at it, expert at it, was a master, very gifted musician, was very wise, is intelligent.” It’s pretty darn sad when 78% of the translations felt they had to add something to the text that the word doesn’t even mean!  Can you see how error and “winds of doctrine” get started in the Church?  Do you think this is God’s idea?

In 1 Chronicles 25:1-8, “[King] David and the chiefs of the [Levitical priesthood] service also set apart for the [liturgical] service (a) the sons of . . . (four named men) . . . who should naba/apophtheggomai prophesy (b) with lyres, with harps, and with cymbals. The list of those who did the work and of their duties was . . . (a list of men) . . . and the father Jeduthun [all] who naba/apophtheggomai prophesied (b) with the lyre in thanksgiving and praise to the Lord . . .  God had given Heman 14 sons and 3 daughters . . . under the direction of their father in the music in the house of the Lord (a) with cymbals, harps, and lyres for the [liturgical] service of the house (a) of God.  . . . The number of them along with their brothers, who were lamad/didasko trained/taught in singing to the Lord, all who were biyn/suniemi caused to understand were 288. And they cast lots for their duties, small and great, teacher and pupil alike.”  <Notes> a) in David’s tabernacle, v. 23:26, b) naba: divinely speak; apophtheggomai: speak out ‘brightly’ as with dignified elevated speech.

The Hebrew for “trained” is lamad, meaning “trained or goaded to learn.”  The Greek didasko means “to learn or instruct.”  As in 1 Chronicles 15:16-22 above, the Hebrew for “caused to understand” is biyn and the Greek is suniemi both simply means to “was caused to understand through ‘connect-the-dots’ reasoning.”  Considering the context is about prophesying, it’s a presumption that they were “trained/taught” and that their “understanding” came only through mere human instruction – see Prophetic Rhema!  Again, not too many translations got either of these 2 words right.  See below for the KJV’s use for the 288 who were “cunning.”  What’s the problem here with these translators?  Do they have a vested interest in promoting human teaching?

In 2 Chronicles 34:12 “The Levites, all who were biyn, suniemi understanding with instruments of music, supervised the burden-bearers and directed all who did work in every kind of [liturgical] service.”  Again, it’s absolutely wrong to presume that they were “taught or trained to be experts” by men or even that they were inherently “intelligent” or “skilled.”  This implies that they were superior because of their “learned understanding or intelligence” and that they were therefore somehow humanly “special” by their fleshly “might and power.”

Many translations simply followed older translations that said “skilled” or “skillful.”  If you look in old dictionaries like the 1611 King James Version used, it defines “skilled” as “Having familiar knowledge united with readiness and dexterity in the application of it, or familiarly acquainted with.”  That certainly was the meaning in 1611.  However, today “skilled” means much more than this, such as:  “Having or showing the knowledge, ability, or training to perform a certain activity or task well, based on knowledge or experience; showing expertise.”  So you can see that “well” and “expertise” were not part of the 1611 definition of “skilled” and certainly not the ancient biblical words biyn or sunesis!  And neither was “talented,” as some bibles said, where “talented” is defined as “having a natural aptitude or skill for something.”  The original biyn or sunesis words have nothing to do with this but only something that is “understood through ‘connect-the-dots’ reasoning” without any mention of where this comes from, though in context, it’s clear it is supernatural and not naturally learned!  The biblical words also say nothing about “very good, accomplished, experts, masters, or teachers!”  Why do bible add stuff that simply is NOT there?

Now, why in the world did 1 Chronicles 25:7 from above in the King James Version deviate from it own translation of “skilled” in the other verses to “cunning” here in this one for the 288, resulting in even more confusion?  Again, we know from the Hebrew biyn and the Greek suniemi that it simply means “caused to understand.”  However, in 1611 the word “cunning” meant:  “Knowing; skillful; experienced; well-instructed.  It is applied to all kinds of knowledge, but generally and appropriately, to the skill and dexterity of artificers, or the knowledge acquired by experience.”  You can see that some parts of “cunning” do sort of fit the meaning of biyn/suniemi “caused to understand,” such as: “knowing, skillful, experienced, instructed, knowledgeable,” but it begs the question where this came from.  Too many of these translations imply that is was through their own practice or instruction from other human beings.  But the context implies this was a supernatural endowment!  Worse, “cunning” today something totally different:  “having or showing skill in achieving one’s ends by deceit or evasion.”  Can you see how the KJV can be very misleading, especially today!  And again, why would human qualifications on a resume matter if they were going to cast lots for their duties anyway?

It’s very frustrating that so many translations are either careless or misleading in their choice of words, or maybe so old that their word choices are then misleading today – which makes us careless for relying on such old translations!  And then there are the issues of hidden doctrinal bias and underlying agendas that very clearly affect translator’s word choices, as we’ve seen with the doctrine of “Cessationism” – see the Spirit-Baptism – BT3 page.

The moral of the story is that you really can’t trust much of what you read from any source, even your favorite bible, and it would behoove us all to check 50 translations on www.biblegateway.com to see if variant meanings “throw up a red flag” to warrant further investigation using the bible tools on the Bible Info page.  Then there’s the much simpler, childlike, more reliable way to learn – and that is to learn directly from the “One Teacher” BT10 page.

As Christian musicians, should we be building our theology about worship from English versions of Old Testament verses, especially 78% of the translations on key worship texts are really far off from the original languages and often quite misleading?  Shouldn’t we be looking at those who actually were unbiased and did their homework to be accurate?  Shouldn’t we also be reading in context, which solves most misunderstandings?  These “key or proof texts” for “skilled and professional” playing of music for God are no such thing.  They simply speak of musical understanding and instruction and the context makes it clear that this is very likely supernaturally acquired or endowed by the Holy Spirit, and thus has nothing to do with “human information or instruction, skill, talent, ability, accomplishment, professionalism, expertise, or mastership.”  David worship doesn’t have anything to do with perfecting our “might and power” FOR God, but about complete surrender to God so that He “causes us to have understanding and we are instructed” by Him so that He gets ALL the credit!  It has nothing to do with human teaching but about divine prophecy!