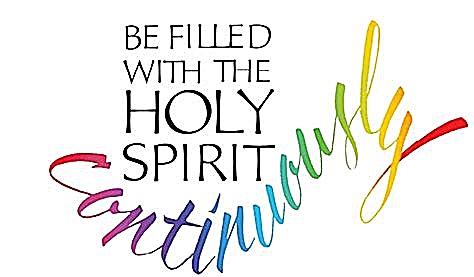 The Didache or “Teaching of the Twelve Apostles,” written between 50-120 AD treated prophecy as standard fair, even giving rules to test prophets who “speak in the Spirit.”  Justin Martyr around 155 AD, said the “prophetic grace-gifts formerly belonging to the Jews (i.e, the OT Prophets) are now at work in the Church” as well as other charismata grace-gifts.”

Irenaeus around 180 AD said: “It is impossible to name the number of all charismata, which the church, dispersed throughout the whole world, has received from God, in the name of Jesus Christ.  In like manner, we also hear that many brethren in the church, who have prophetic charismata, speak in all kinds of tongues through the Spirit and reveal the hidden things of people, for their benefit and explain the mysteries of God.  For some [of Christ’s true disciples] do certainly and truly drive out demons, so that those who are thus cleansed from the evil spirits often believe and join the church. Others have foreknowledge of future things, they see visions and utter prophetic words. Others heal the sick by laying their hands upon them and let them rise up healthy. Moreover, as we have said, the dead even have been raised up and lived with us for many years.”

Tertullian around 200 AD says the charismata grace-gifts were such common practice in Carthage that at a person’s water-baptism, he suggests they also: “Ask from the Lord, as a special grace-gift of His unconditional-favor-of-grace, the distributions of the charismata.”  The Shepherd of Hermas, written around 140–150 AD, consists of five prophetic visions, and was considered canon by some of the early Church Fathers, also quoted by Pope Callixtus 1 as having authority, was part of the NT’s Codex Sinaiticus and is in the lists of NT’s books in the Codex Claromontanus, having thus had great authority in the 2nd and 3rd centuries.  Here we see that “what was in our bible” varied greatly!  Other writings that mention the charismata grace-gifts are those by Firmilian (c. 232), Cyprian (c. 258), Hippolytus (c.170-236), Clement of Alexandria (c.150-215), Origen (c.185-254), Ephraem Syrus (c.306-373), Eusebius (c. 260-340), Chrysostom (c. 347-407), and near the end of St. Augustine’s life (c. 430) he said that some of the grace-gifts of the Holy Spirit such as healing were present during his own lifetime and within his own geographical region of North Africa.

We also see the Holy Spirit’s “manifestations and demonstrating proofs” show up in every revival.  A little book that shows this well is Cure of All Ills by Dr. Mary Stewart Relfe.  There is much written about the “outpouring of the Spirit, and Spirit possession” in Wikipedia’s article on Christian Revival  – see also Wikipedia’s Cessationism versus Continuationism.  The Encyclopedia Britannica says that spiritual gifts such as speaking in tongues has occurred in Christian revivals of every age. In the same vein, Souer’s History of the Christian Church cites a reference to the famed leader of the Protestant Reformation of the 16th century, stating, “Dr. Martin Luther was a prophet, evangelist, speaker in tongues, and interpreter, in one person, endowed with all the gifts of the Spirit.”  For more about this, check out Grace-Gifts, Signs & Wonders, and Cure of All Ills by Dr. Mary Stewart Relfe.

The damaging “wind of doctrine” called “Cessationism” that believes “the Holy Spirit’s grace-gifts ceased with the death of the original apostles” obviously can’t be true, yet you will still see this doctrinal bias in the notes of many study bibles, like the Reformation Study Bible, The MacArthur Study Bible, Scofield III Reference Bible, Holman Christian Study Bible, Ryrie Study Bible, NKJV Study Bible, and Hebrew-Greek Key Word Study Bible.  This has erroneously influenced the Church of Christ, Baptists, Associate Reformed Presbyterians, Presbyterian Church in America, and others.  It’s a shame they have not heeded Paul’s warnings in 1 Thessalonians 5:19 and 1 Corinthians 14:5, 39 to not “forbid speaking in tongues” or “quench the Spirit” but instead “earnestly desire to prophesy” and that he “wanted them all to speak in tongues.”

However, some study bibles are more encouraging of the modern experience or “Continuationism” of the charismata grace-gifts such as:  NKJV Spirit-Filled Life Bible, KJV Life in the Spirit Study Bible, Dake’s Annotated Reference Bible, Modern English Version, Spirit-led Woman Bible, MEV Spiritual Warfare Bible, NIV Full Life Study Bible, and NIV Word in Life Study Bible.  I particularly like the English Standard Version Study Bible because the ESV is a formal-equivalence standard for scholarly interpretation and doctrine, and the notes are neutral concerning the charismata for today.  We see the grace-gifts alive and well in Lutheran, Methodist, Moravian, Pentecostal, and other Charismatic churches.

The grace-gifts of the Holy Spirit are given by unconditional-favor-of-grace by God’s own will so that nobody can feel more superior than another.  Actually, the entire Triune Godhead is involved in the initial deposit and subsequent grace-gifts of the Spirit.  The early Church believed and expected the deposit, the Spirit-baptism, and the subsequent grace-gifts of the Spirit to ALL be given during a Christian’s water-baptism, an immersion that changed the very nature of the person!  In the modern Church, I fear many people have just performed a ritual, a “form of godliness but denied its real enabling-power” per 2 Timothy 3:5 – see Water-Baptism and Spirit-Baptism pages.

All through the history of revival you see the same pattern: authoritative teacher-leaders criticizing, resisting, and even persecuting the supernatural gifts of the Spirit (a), carefully “cherry-picking” what grace-gifts of the Spirit they want, and instead pounding home Sola Scriptura or “By scripture Alone.”  So how does God react to all this resistance?  He “opposes/stands firm against the proud/unteachable but gives unconditional-favor-of-grace to the lowly/teachable” (b).  <Notes> a) tongues, interpretations, prophecy, healing, miracles, exorcisms: Mark 16:17-18; 1 Corinthians 12:8-10, 28-30, b) James 4:6; 1 Peter 5:5 citing Proverbs 3:34.

Some of these objectors get converted, but most don’t!   Irenaeus noted the same: “Others do not accept the grace-gifts of the Holy Spirit and cast the prophetic charismata far from their sight, through which man, when he is sprinkled with it, bears the life of God as fruit.  Citing Isaiah 1:30, he continues: “They, like a terebinth tree that has lost all its leaves and like a garden without water’ . . . have no use for God, because they bear no fruit.”  I couldn’t agree more!  The churches I’ve been in that reject the gifts have to “work really hard” to show any signs of life!  The Holy Spirit is the only way the garden of our lives can be cultivated!  To quench or suppress any part of His work is to shut Him out completely!

It’s no coincidence that we begin to see more criticism of the Spirit’s grace-gifts when the Church starting obsessing about what “scripture” was and also slid back into the Old Testament (OT) scripture!  It began about 200 AD when the Catholic theologian Tertullian erroneously started calling New Testament writings “scripture.”  But it really kicked in hard around 233-254 AD when the Catholic theologian Origen “almost single-handedly fixed the place of the Old Testament in the Catholic Church” through ground-breaking publications:  375 sermons as a commentary on the entire OT and his immense, word-for-word comparison of 6 versions of OT manuscripts (a) to bring the study, preaching, and teaching of the OT back into the Church.  By then the Church had already become corrupted with power, money (b), inventing the priesthood (c), inventing the mono-episcopacy or “one-bishop” rule (d), which was a time when all of the bishops were trying to rule larger and larger (and richer and richer) cities ultimately to become the Bishop of Rome (the Pope), who would receive many favors with the Emperor.  They invented the division of the Body-of-Christ into “clergy” vs. “laity” (e), reinstated one OT commandment after another, and created even more rules – all to exercise control over the Church.  All of this quenched the Holy Spirit because the foundation of The Great Wall is “borrowing” from the OT and placing “stones” on top “borrowed” from the world!  <Notes> a) 2 Hebrew, 4 Greek, b) reinstating OT tithing to pay for a priesthood, c) patterned after the OT, d) patterned after the high priests of the OT, e) based on the OT idea of the Levites.

As Christian musicians, since there is clear evidence from the NT, early Church writings from 50 AD until 430 AD,  and throughout the history of revivals that the Holy Spirit’s continued “manifestations and demonstrating proofs” of Himself to “accompany those who have faith . . . the Lord working with them and confirming the [preached gospel] message by accompanying signs,” wonders, miracles, and grace-gifts including tongues and prophecy, there is simply absolutely NO support of Cessationism that says this all ceased “after the apostles” or “when the perfect came,” which they erroneously called the New Testament writings.  This “doctrine of demons” that has helped build The Great Wall quenching the Holy Spirit in the Church has tainted at least 7 well-known bibles, but thank God that I know of 9 great bibles that it hasn’t!  I can confirm with Irenaeus around 180 AD that the churches that reject the charismatic grace-gifts “have no use for God because they bear NO fruit” – or they really struggle to show ANY fruit for God.  Work, Work, Work!