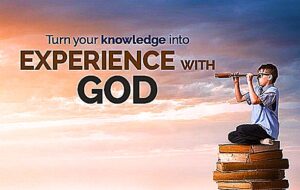 In Matthew 18:1-4 “At that time the disciples came to Jesus, saying, ‘Who is the greatest in the kingdom of heaven?’  Then Jesus called a paidion young/infant child to Himself, set (a) him in the midst of them, and said, ‘Assuredly, I say to you, unless you are converted (b) and become as paidion young/infant children, you will by no means enter the kingdom of heaven. Therefore whoever humbles/lowers himself as this paidion young/infant child is the greatest in the kingdom of heaven.'”  These are children before reading age!  Clearly, Jesus has turned the hierarchal idea of authoritative greatness upside down – see Coaches and Facilitators and Least Among You pages. <Notes> a) histemi: placed, made to stand up, balanced into place – this implies this “young child” was so young that Jesus may have picked him up and had to help stand, b) strepho: turn around one’s mind, a synonym for metanoeo: repent or think differently towards someone, to have a change in moral conviction.

One thing about very little children is they can’t get and don’t need to get caught up in sophisticated sunesis rational, logical ‘connect-the-dots’ reasoning as to “why” they should do what their parents tell them to do.  And their parents don’t expect them to!  The adults tell them not to run out into the street because they want to protect them from danger. The kids don’t have a clue what a car is or how dangerous they can be.  And the parents don’t need to go into a scholarly “contextual, rational, higher reasoning” explanation when they warn their kids.  They hope that their relationship with their kids is good enough that the kids just “trust and obey.”  Later on, when they grow up, kids like to ask “why!”  When they are teenagers, they could care less about the “whys” and just believe their thinking is better anyway!  And even if they understood “why,” they often just want to rebel anyway.  The older we get, the more and more unlikely we will simply trust what God has to say like a little child, not try to over-analyze it, or try to rationalize around it – the deception of Satan in the garden of Eden was to say, “Did God really say ___ ?” and “Didn’t God really mean ___ ?”  But remember that none of the bible was written in English, so don’t go quoting your English bible – see Bible Info.

Is it naïve or foolish or ignorant or too “fundamental” to be ‘like a little child’ when it comes to God’s gospel logos message of The Truth given to us?  Do the “wise and understanding” post-modernists, German textual “higher” critics, and de-mythification ‘experts’ of many mainstream Christian denominations think they are “more enlightened” than the millions of Christians that have come before them, and that they have an advantage over all the other Christians?  In their “greatness of wisdom” that says “Did God really say?” make them any closer to being “like a little child to enter the kingdom” or be the ‘firsts’ to really yada/ginosko experientially, relationally know God?  Do they really have a clearer picture of how to be in a saved koinonia relationship with God?  Is their “broader road” that encompasses more of the scientific thought of man in the last 100 years really helping Christians walk through the “narrow gate” that leads to salvation?  Let’s see what the Apostle Paul, an ambassador of Christ sent to the “smart thinking” people of Ancient Greece in Colossians 2:8 says:

“Beware lest anyone cheat (a) you through philosophy and empty (b) deceit (c), kata down-from/according-to the traditions of men, kata down-from/according-to the elementary (d) principles of the world (e), which are absolutely-in-fact-NOT kata down-from/according-to Christ.”  None of the world’s philosophy, science, or religious writings comes from Jesus!  <Notes> a) lead away, sway, or seduce from truth, carry one off as a captive, slave, or one’s booty or spoils, b) useless, devoid of truth, fruitless, vain, c) seductive, deceptive, delusion, d) stoicheion: fundamental, abc-like elementary teaching common to all religions striving to ‘climb up to God,’ even the Jewish one, thru religious writings taught by rote e) context: the religion of the Gentiles and even the Jews.

As Christian musicians, shouldn’t we embrace “the Way” little kids before reading age learn from their parents?  Shouldn’t we learn from God this Way, simply by “trusting and obeying,” instead of still trying to emulate the way of the so-called “wise and understanding ones,” even when Jesus said that “the secrets of the kingdom are kept hidden from them but revealed to little children?”  Why are we still holding up the teacher and leaders when they will be ‘last’ in the kingdom?  Why are we borrowing from Old Testament religion or the world’s philosophies, sciences, businesses, or religions when all of this only builds The Great Wall quenching the Holy Spirit, especially since none of any of this comes from Christ?

Spiritual Education, Knowledge of God and His Will, Must be like little children before reading age, The so-called Wise and Understanding bible-students are last, philosophy and traditions of men will cheat you, religious writings are abc fundamentals of all religions NOT down from Christ