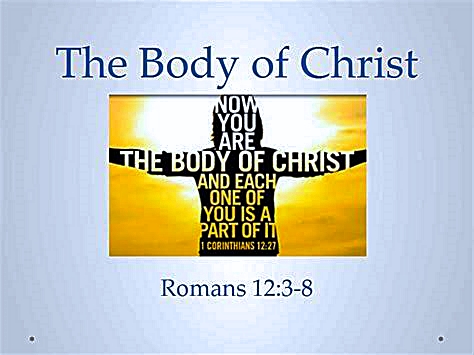 “The Doctrine or Teaching” from the previous BLOG that Paul wants Timothy to “be diligent to attend to” is certainly NOT the “different teaching/doctrine certain persons [infiltrating the Church] . . . being charged [by Paul to] absolutely-in-possibility-NOT to teach it” (c), who were the ones “desiring to be teachers of the Law” (d).  That would eliminate a lot of pastors I know of!  At one church, the pastor was teaching the 10 commandments because he said “it worked for him while he was in prison!”  He ruined that church and in a few months it was gone!  He wouldn’t listen to Spirit-guided men who warned him that this wasn’t the New Covenant Way. The Lord has shown me that the foundation of The Great Wall quenching the Holy Spirit in the Church has always been “borrowing” from the old covenant. <Notes> a) didache, b) didaskalia, c) 1 Timothy 1:3, d) 1 Timothy 1:7.

Much of Paul’s letters were written to warn Christians against the “teachers of the Law,” and trying to undo their damage in the Church!  And remember, the Torah Law of conditional-favor only promises that “If you DO (a) ____, then God shall bless and love you this way ____,” and this conditionality is expressed throughout 97.4% of the Old Testament (OT) scripture – see Logos Word of God – BT5a!  Jesus and the NT writers, as all Jews today, believe that the entire OT is the Law of God!  There are only about 600 prophecies in the OT about Jesus & His gospel logos message and a completely-different-in-kind New Covenant realities, and the NT writers and early Church had only a limited number of OT prophecies they used, about 2.6% – Logos Word of God – BT6.  Just do a search of “if you shall” and “if you will” in www.BibleGateway.com!  These conditions are everywhere – not just in the first 5 books of Moses, because all the books are under the paradigm or dispensation called the old covenant even though there’s a few verses here and there about “good, heavenly things to come” (b).  If Paul attended most church services today he would scream “teachers of the Law!”  We’ve already seen above what Paul thought about the Law and its teachers! <Notes> a) ergon: work, b) Colossians 2:17; Hebrews 8:5, 10:1.

Paul facetiously says about Jewish-Christians: “For though you already have 10,000 paidagogus ‘hired-servant school-escort-guardians as if they were still little children‘ (a) in Christ, you do not have many fathers, for I became your father in Christ Jesus through the gospel, so [I strongly urge you] to be imitators of me [instead of them]. . . Some (a) are arrogant, . . . I will come to you soon . . . and I will find out about [this] – not the talk of these arrogant people but their dunamis enabling-power (their human ‘might and power’), for the kingdom of God does not consist of talk but of [actual Spirit] enabling-power” (b).  Paul is likely talking out “teachers of the Law” because of his use of padogogus elsewhere (a). <Notes> a) paidagogos:  hired servant that would insure minor-aged kids got to school and back safely.  cf. Galatians 3:24-25 ‘the Law was our padagogos UNTIL Christ came . . . but now that [justifying] trusting-relying-faith has come, we are no longer under a padogogus’, b) 1 Corinthians 4:15-20.

About these Law-teachers, Paul also says to “avoid the irreverent babble and contradictions of what is falsely called gnosis ‘knowledge’ (a)” (b) – remember the scribes and Pharisees prided themselves in their scriptural knowledge (a), exactly as Paul says: “this info-knowledge (a) puffs you up.  But so does the philosophy “love of wisdom” of the Gnostics and other Greeks Paul is accustomed to attacking!  They were also supposed to avoid “irreverent babble that leads people into more and more ungodliness” (c), especially the “controversies of the Jews” (d).  They are “puffed up with conceit and understand nothing, having an unhealthy craving for controversy and for quarrels about words” (e). <Notes> a) gnosis: informational-knowledge whether religious or not, a direct stab at the Gnostics but also the Jewish scribes and Pharisees, b) 1 Timothy 6:20, c) 2 Timothy 2:16, d) Acts 26:3, e) 1 Timothy 6:4.

But that’s what bible scholars do, even to this day!  Paul continues:  “Have nothing to do with foolish, ignorant controversies . . . that they breed quarrels” (a). “Avoid foolish controversies, genealogies, dissensions, and/coupled quarrels about the Torah Law [of conditional-favor], for they are unprofitable and worthless.” There are many other such verses, because the early Church was full of wanna-be leaders and teachers, some from the Gentile Gnostic religions but the bulk of the accusations are against those from the Jewish religion that dominated the Church until about 70 AD.  These Jewish teachers were all “full of talk but lacking in the Spirit’s enabling-power, full of themselves but not full of the Spirit!” <Notes> a) 2 Timothy 2:23.

The “sound doctrine/teaching” also has nothing to do with what the world or its demons teach. Paul refers to “The teachings of demons and/coupled deceitful spirits that some people in later times will be devoted to instead of The-Trusting-Telying-Faith” (The Christian Faith) (a).  Paul warns of “a time that is coming when people will not endure sound teaching, but having itching ears, they will accumulate for themselves teachers to suit their own passions, and/coupled turn away from listening to The Truth (Jesus and His gospel) but wander off into myths” (b). That “time” is already here!  <Notes> a) 1 Timothy 4:1, b) 2 Timothy 4:3-4.

So much of the preaching/teaching of today’s Church is how to improve your lives, borrowing from many of the same ideas that the world uses.  It seems a far cry from Paul’s approach to preaching and teaching:  “For I decided to know nothing among you except Jesus Christ and Him crucified” (a).  Much of what is taught from the pulpit is just New Age and motivational self-help with a squeeze of Christianity in it. The entire “Health & Wealth Gospel” or “Prosperity Theology” or “Gospel of Success” as taught by Joel Osteen, Kenneth Copeland, Kenneth Hagan, Oral Roberts, Creflo Dollar, and many others is just for “itching ears . . . teachers to suit their own passions.”  The Lord has shown me that the “stones” that people are using to build The Great Wall quenching the Holy Spirit are being “borrowed” from the world around them. <Notes> a) 1 Corinthians 2:2.

Spiritual Education, Body Ministry, The Sound Doctrine for Church Teaching, The Sound Doctrine is NOT the Mosaic Law that is the basis of 97.4% of Old Testament, The early Jewish Church used 2.6% of Scripture to convert Jews to Christ, Old Scriptures were intended to safely ‘hold the hand’ of the Jews UNTIL Christ came, Paul criticized the Jewish & Gentile teachers, Jesus is The Truth to teach