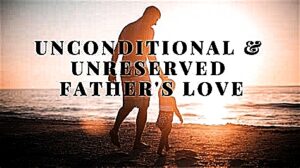 According to John 15:1-8, when a Christian isn’t producing fruit, contrary to so much horribly-misleading doctrines blowing through the Church caused from horribly-misleading translations of the bible, God the Father, the Vine-dresser or Master-gardener, absolutely doesn’t “cut off” the branch (Christian) and “let it carelessly drop to the ground” or “throw it” into hell to burn for eternity!  What kind of person comes up with this stuff?

Careful analysis of the text reveals that God carefully “lifts up” or “ties up” the branch “in Me” higher on the Vine of Christ to receive more “light” for more nutrition, and also to keep it out of the darkness that causes leaf-molding, and to also keep it away from the threat of rodents and bugs that crawl up from the soil and underlying debris.  I’ve done a lot of gardening and have known several winery caretakers and that’s exactly what they do!  This same caring Father God carefully prunes extraneous, distracting growth from the producing branches to produce even more!  When we temporarily disconnect from the Vine of Christ, as all too often ALL OF US do – come on, be honest, you self-righteous Christians – we ALL experience the “withering away” separation from the zoe genuine-life of the Vine of Christ, but we aren’t dead yet so it’s not permanent, though we start to sometimes feel like it, and sometimes wish we were!  See the series on Holiness by Abiding in the Vine:  https://youtu.be/QUwPDI1FOUo .

In John 15:6, Jesus uses the subjunctive to propose a hypothetical “what if” scenario to explain where fruit comes from – the life of the Vine can only flow into the branches if they remain IN/by/with CHRIST, the Vine.  Again, Jesus is hinting at the fate of Judas, who had “left them.” John elsewhere says “they went out from us because they were never of us”. You will get really screwed up if you think Jesus is talking about the 11 disciples from vv. 4-5 when he is really warning them not to be the 1 who wasn’t staying there (meno).

Sure Christians can really get kaio “set on fire, kindled” by the devil using the world’s people.  However, we also have to remember, “What is meant for evil God can turn into good” (a), for kaio is often used of the fires of purification to cleanse metals like gold and silver from their impurities.  The world brings us troubles, but God is for us, not against us!  <Notes> a) Genesis 50:20.

This word for “fire” in verse 6 is used by John only in Revelation and although it can be purifying for Christians according to other writers, it is used a lot for the judgments of God against non-Christians – all those NOT IN the Vine of Christ. The word for “burned” in v. 6 is also used by John for the consuming, eternal fire of judgment.  This seems to apply to Judas and others like him who are part of the 2nd group of branches NOT “in Christ.”  Judgment awaits them!

So in verse 6 Jesus returns to the Judas’s case of detaching, leaving Christ, The Vine. It is thrown down/away (ballo) like a branch can be definitively (aorist passive), a one-time act that is DONE TO the branch. This is in contrast to the ongoing action of being lifted up (airo) DONE TO attached-branches in v. 2 by the Father Vinedresser. However, the Father does NOT here throw down (ballo) & collect these branches together to be thrown down (ballo) into the fire, but coupled by KAI another group (3rd person plural) does this! This is God’s angels He charges at the end of the age’s harvest time to separate God’s crop from the weeds, the goats of the world from the His sheep.

Nevertheless God allows our temporary “trials from temporary separation from the vine” which may indeed be “testing in order to prove what is genuine” that may be part of the “discipline of the Lord for those He unconditional-loves, in which you are to endure” (a).  That’s exactly what Peter implies:  “You have been grieved by various trials, so that the dokimion tested/proven genuineness (b) of your faith – more precious than gold that perishes though it is dokimazo tested/proven (b) by fire – may be found to result in praise and glory and honor at the revelation of Jesus Christ” (c).  Paul says the same thing to saved Christians:  “Now if anyone builds on the foundation of gold, silver, precious stones, [or] wood, hay, straw – each one’s work will become manifest, for the Day [of judgment] will disclose it, because it will be revealed by fire, and the fire will dokimazo test/prove what sort of work each one has done” (d).  And again, “I proseuchomai conversationally-pray that your unconditional-love may abound more and more in/by/with knowledge and all discernment (e) – see New Covenant Ways – BT16, so that you may approve what is excellent, and so be pure and blameless for the Day of Christ” (f).  Many Christians confuse the ‘Bema-Seat’ judgment of actual believers, where rewards are given out based on how well we “ran the race,” much like Olympic games do, even “in the midst of refining/burning (i) that comes toward/destined for your peirasmos test/trial” (k), versus the ‘Great White Throne’ judgment of unbelievers which is condemnation and sentencing to eternal separation from God in the lake of fire! <Notes> a) Hebrews 12:6-8, b) dokimion also in James 1:3 is from the verb dokimazo that means to “test, examine, or discern to demonstrate or prove something is acceptable, genuine, approved, good, and approved,” c) 1 Peter 1:6-7, d) 1 Corinthians 3:12-13, f) aesthesis:  the type of sensory perception or discernment which cuts through hazy ethical/moral matters to really size things up” – see also aistheterion used in Hebrews 5:14 “But solid food is for the mature, for those who have powers of discernment trained by constant practice to distinguish good from evil,” i) Philippians 1:10, j) purosis:  refiners fire to purify metals:  Proverbs 27:21; Revelation 18:9, 18, k) 1 Peter 4:12.

Spiritual Education, God’s Unconditional-Love doesn’t spank His children or visit sickness or disease on them, Trials do come like fire to purify Christians, God’s love doesn’t beat or injure His children, God’s discipline is gentle and patiently loving as with little children