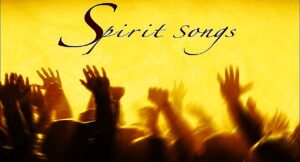 What is spontaneous music and why are we supremely promoting it?

“Spontaneous music,” whether it is anointed and prophetic because it is a Spirit-kind-of ode or a completely different-in-kind New (a) Song, or it is simply created by man’s “might and power” resources and ability, is defined as “music performed or occurring as a result of sudden inner impulse or inclination and without premeditation or external stimulus,” per the Oxford English and Spanish Dictionary.  It’s really no different than “musical improvisation or extemporization, which is the creative activity of immediate ‘in the moment’ musical composition, which combines performance with communication of emotions and instrumental technique as well as spontaneous response to other musicians. Another definition is a performance given extempore without planning or preparation, but also to play or sing extemporaneously, by inventing variations on a melody or creating new melodies, rhythms, and harmonies. Improvisation is a major part of blues, rock, jazz, and jazz fusion. . . . Throughout the Western art music tradition (b) . . . improvisation was a valued skill . . . And some contemporary composers of the 20th and 21st century have increasingly included improvisation.  In Indian, Iranian, Afghan, Pakistani, and Bangladeshi classical music, the raga is the melodic framework for improvisation and composition. They even have computer algorithms to improvise on existing music,” all per Wikipedia.  <Notes> a) chadash, kainos: fresh, completely different-in-kind, unprecedented, sharing nothing with its predecessors, unique, and superior, b) Medieval, Renaissance, Baroque, Classical, and Romantic periods.

The common element of all this is the greater degree of musical skill needed to improvise effectively.  Christopher Sutton of Musical U says, “Learning to improvise is a long-term mission, one which will push you to your musical limits and then beyond,” and Sabrina Young echoes:  “Like any musical skill, improvisation is not a magical gift.  It takes practice and simply the art of doing – the more you improvise, the more confident and accurately you will play, and the more confident and accurate, the better you will improvise,” and James Stinton adds:  “The ability to improvise music is not some magical prowess bestowed on a select few by a muse above.  Rather, it is a skill that can be learned through practice.”  However, Eric from “Jazzadvice” says, “Jazz improvisation is hard . . . and why that’s a good thing!  . . . They (Jazz greats) had to go into their practice room every day and do their best to improve.  And the truth is, you’re no different.”  Everybody agrees it requires skill, but some say that little children can learn this early on in their musical experience.  But others admit that it can be extremely complicated!  No matter what your viewpoint, this certainly requires more resources and ability, and likely more of it than playing pre-composed, planned-out music!

However, for the Christian musician do we want to be stuck with just improvisation with the rest of the world?  Absolutely not!  Read the next BLOG, because the answer is to make your “New Song” a “Spirit-kind-of Ode” by having it become Anointed and Prophetic!