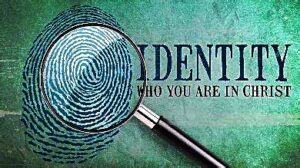 WHO do you see yourself to BE?  Some of my revelations about my identity might help!

WHO we see ourselves, our identity, really matters!  As a Christian musician we will be kept from playing anointed, prophetic, and even spontaneous music if we see ourselves as only a music student or professional musician.  The world is full of them and so we will act out of that worldly identity, very much as they act, even if we say we are doing this “for God in His service.”  Some of the most “worldly” music rehearsals I’ve had were actually with Christians trying to get ready for Sunday service – so many bruised egos, control issues, bickering over notes and music structure/form navigation, and intense pressure to get ready in time!  Many didn’t even start with prayer or worship, and others only threw in a 1-minute “help us do this” supplication as a formality!  I’ve played for some churches that were so busy getting ready, they started the song service without any prayer!  And what a disaster these sessions and services turned out to be – the devil loves for us to rely on our “might and power!”  The devil loves religion!  All too many times, I have also got swept up by this “flesh” approach to music.  Even though for years I’ve had many supernatural experiences, directly-spoken/heard prophetic rhema words, dreams, and visions about music, I have often seen myself primarily as a professional musician and teacher, albeit a Christian one.  I think a lot of Christian musicians struggle with their identity!

Here’s some of the things God said to me to gradually lead me to accepting WHO He made me to BE, my identity, which is “an anointed musician, not just a profession teacher and drummer” – see “My Story” in About Us.  Maybe this will encourage you to see the Lord also and hear from Him who you are called to be:  Long ago I had a vison of a butterfly of light that flew into my childhood home’s carport that flitted from drum to drum or cymbals immediately before my hand was compelled to play on that surface, and I drummed like a wild man in a trance.  Another time while “in the zone” playing rudiments on my practice pad in the bathroom, the Lord told me that He was preparing musicians like myself for His courtyards in heaven.  What do you say to that?  I just wept!  Once I had done a massive study on how skill and professionalism wasn’t really need, but that the Spirit of God was” and posted it on my drumming website.  When I went back to just read it in order to further edit it, I got again Spirit-baptized.

Then there was the time I was in the backyard just feeling grateful for all the music experiences I’ve had growing up and in my career.  Then I noticed a bunch of birds on my 3 power/cable lines across my backyard and from the angle I was sitting they formed a perfect, slanted staff of music, and the birds were forming a rhythm I immediately recognized as “shave and a hair cut,” so I had to laugh.  Then I noticed that the lines and rhythmic tune were leading right to my drum room!  When I did I got massively filled with joy by the Holy Spirit with many tears.

I remember a dream where I saw people from another country playing on hand-drums and without knowing their language, I joined in and we were massively Spirit-baptized with joy and I felt right at home with them.  I remember have a dream where I was onstage at a large festival sharing our trusting-relying-faith and music, but afterwards just walking through Woodstock-like camps in large parking lots, keeping our hands warm over steel drums with fires burning in them.  I can’t forget how many dreams I’ve had about other musicians I know, especially Carl Cherry and John Bujack, where God had spoken to me about His divine plans for them.  I can’t forget how many times I’ve played in 15 churches full of the Spirit with absolutely no music and how many times people commented how the drums were doing “strange things” to them, in many cases at the objection of band leaders who were “in the flesh” and felt “thrown off” or threatened that people weren’t complimenting them as they were me.  Well, there’s so many more amazing things God has shown me and I am looking forward to many more!  If you have trusting-relying-faith to seek the Lord for them, He will gladly give them to you!

I always told musicians and church members that I “was just going with the flow.”  I’ve even been lectured by some church musicians that “I should have music in front of me, that I should have made it to more rehearsals, that I should be more professional and take it more serious.”  I just kept my mouth shut, but laughed my head off afterwards – they are clueless that I make my living teaching and playing, and these people were amateurs lecturing me.  Ha!  I’ve played in front of 1000-people audiences night after night, in 200-people symphony orchestras, and for Vegas-quality Elvis Priestley impersonations.  After 37 bands, I’ve been around the block of “might and power” flesh several times over.  Flesh makes a living, but it can’t be compared to playing “by the Spirit” just as God desires from Zechariah 4:6 and John 4:23.

I once saw a teen drummer barely playing chord progressions on a guitar and leading worship in a way I’ve rarely seen – incredibly free-form and beautiful.  My guitarist and I had to grab the pew in front of us to keep from falling over, the wind of God was pushing us back!  Afterwards I asked the teenager how they were doing this.  He said like so many Christian bands they tried practicing for hours and most of the time it just dissolved into stressful, bitter “flesh.”  Now they don’t practice at all, but instead proseuchomai conversationally-pray and worship the Lord for about a half-hour or so before they even pick up an instrument, and then they just stay “in this zone” when they do.  Their music “just happens” with no set list, no conductor, and no schedule, directed completely by the Holy Spirit.  I was absolutely captivated!

What spoiled the whole evening was when the controlling pastor thought I was a “competitor” because I would regularly contact his church and many others about big community drum/percussion/musician circles I would do for the Tucson community – one group of 25 called “Krakatoa” played for 4 years.  He escorted me and my friend out and verbally abused us for 15 minutes, warning that if we ever came back he would kick us out again from “his church.”  I think Herb and I counted “his church” 7 times! We both agreed the guy was “demon-possessed” and very self-serving.  Neither of us ever did go back, but the teen’s conversation planted a seed in my spirit that has grown into this website!  The Holy Spirit works around self-serving pastors who want to control the Him!  Furthermore, that “incident” taught me a profound lesson – that demons are actually running churches, even if they are using “things of the Spirit” for their own purposes to become important, big, and rich.  I also notice that most pastors like him just get physically fatter and fatter during their “stay.”  Maybe it’s stress-eating?  I wrote 2 letters to the pastor, the first he ignored and a year later I sent another “to clear the air” and look for reconciliation.  In his short card, he refused to take any responsibility for his actions, acted like nothing ever happened (even though I detailed it), and said that I was welcome to come back to “his church” anytime.  Are you kidding?  My wife and I just laughed and laughed, because the big banner on the side of his big building says, “Experience God’s Love Here!”  Now that was Fake News!

There is nothing new about this!  The new believer Simon the magician tried to bribe the apostles for the power to lay hands on people to get the Holy Spirit (a).  In the book of early Church history (b), Paul and Silas were be followed by a slave girl who had a spirit of divination that made here owners rich by her fortune-telling.  She would cry out to the crowds for many days what their intentions were – beating them to the punch line of their logos gospel message of The Truth!  Paul became greatly annoyed and drove the demon out, which infuriated the owners!  Paul said that “some actually preach Christ from envy and rivalry” (c).  “Some men are false apostles, deceitful workmen, disguising themselves” (d).  On Judgment Day, Jesus said “MANY will say to Him:  ‘Lord, Lord, did we not prophesy in your name/authority, and cast out demons in your name/authority, and do many mighty works in your name/authority?’  And then will I declare to them, ‘I never actually, experientially, relationally ginosko knew you; depart from Me.” <Notes> a) Acts 8:18-23, b) Acts 16:16-18, c) Philippians 1:15, d) 2 Corinthians 11:13, e) Matthew 7:22-23.

Finally, you are not WHAT you do, despite all the sayings like Plato’s “The measure of a man is what he does” that is taken out of context, because the quote adds “with power.”  So more fake news!  Sounds like something CNN wrote!  The Lord had to also show me that “DOING jobs” isn’t what is important to Him – see “My Story” in About Us.  I agree with David Santistevan that “prophetic music doesn’t just flow through your fingers or your voice, but resonates deep within your soul as an expression of who you are and what you really believe.”  And so it will be for you!  It behooves you to press into God’s presence until He tells you who you really are.

Throughout much of my childhood, even though I could feel intense joy and success in my drumming through so many bands from the time I was in 7th grade, I didn’t know it was God’s joy and success but claimed it for myself.  I received little to no support from family, friends, or peers because the general opinion in the 70’s that most musicians were drug addicts, poor, losers.  Of course, when I had to decide what career to pursue in college, I didn’t even consider music!  Man, I was listening to everybody else’s opinions but God’s, but back then I wasn’t even a Christian, so what do you expect?  All I knew was the natural influences of self-seeking ambition with its self-importance, success, and money, and the supernatural influence of demons that I didn’t even know anything about.  I was easy prey!  Although I got a music minor during my 2-year degree, I did it primarily to get a music scholarship to help pay for the rest of my schooling.

As Christian musicians, have you spent enough time with the Lord asking, seeking, and knocking as to WHO the Lord has made you to BE, so that you can operate out of this identity?