Teach One Another – BT4

Teach One Another – BT4 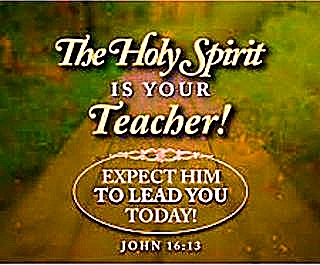 Warnings against ‘Wise and Learned’ teachers – knowledge is NOT power!

Knowing what to do doesn’t give you the enabling-power to do them (a)!  The OT commandments actually increase sin (b), for the enabling-power of sin is the Torah Law of conditional-favor (c)!  The answer is to “die to the Law that held us captive” (d), by “being crucified with Him (e) in order that the body of sin might be rendered inactive (f), so that we would no longer be enslaved to sin. For the one who has died has been set free from sin” (g).  Then we can get “The Truth” directly “down-from/according-to Christ” Himself!  That’s the NT solution to the OT problem!  <Notes> a) Romans 7:15-19, 21-24, b) Romans 5:20, c) 1 Corinthians 15:56, d) Romans 7:6, e) context: in water-baptism, f) denied of its dunamis enabling-power source – the old self, g) Romans 6:6-7.

There are many warnings about these teachers and their deceptive teachings:  John says “I write these things to you about those who are trying to deceive you.” (a). Paul warns: “Now the Spirit expressly says that in later times some will depart from The Trusting-Relying-Faith by devoting themselves to deceitful spirits and teachings of demons, through the insincerity of liars whose consciences are seared, who forbid marriage and require abstinence from foods (b)” (c). These teachers are even called liars (d), following Satan, the father of lies (e). The NT warns to avoid such people:  Everyone who routinely goes further than what is right/proper (f) and/coupled does not abide/continue/live (g) in/by/with the teaching of Christ (h) actually does not in fact have God, but whoever does abide/continue/live (g) in/by/with this teaching has both the Father and the Son. If anyone comes to you and does not bring this teaching, do not receive him into your house or give him any greeting, for whoever greets him takes part in his wicked works” (i).” <Notes> a) 1 John 2:26, b) OT and Oral Torah food Laws, but other religions teach these ‘abc’ fundamentals also, c) 1 Timothy 4:1-3, d) 1 John 1:6, 10, 2:4, 21-22, 4:20, 5:10; 1 Timothy 4:2, e) John 8:44-45, f) proago: either forward or backward in time – this is defined by what follows:  the singular teaching of Christ, g) meno, h) cf. the doctrine of the Father: John 7:15-16, i) 2 John 1:9-11.

Paul says: “Avoid those who . . . are contrary to the doctrine you have been taught” (a), and “avoid the irreverent babble (b) and contradictions of what is falsely called ‘knowledge’ (c) . . . but serving from The-Trusting-Relying-Faith [in Christ alone]” (d), “avoiding foolish controversies, genealogies, dissensions, and quarrels about the Torah Law of conditional-favor (e) for they are worthless and useless” (f), and “avoid such people, who have the appearance/form of godliness, but deny the enabling-power (g) of it” (h).  Paul would have to scold many churches today who are quite enamored by the OT Law! <Notes> a) Romans 16:17, b) 2 Timothy 2:16, c) gnosis: informational knowledge, d) 1 Timothy 6:20-21, e) scholarly debate is still encouraged to ‘unlock’ the scriptures, and the Jews saw it as “worshipping God with their minds”, f) Titus 3:9, g) see Spirit-power, h) 2 Timothy 3:5-6.

The NT writers were always “afraid that as the serpent deceived Eve by his cunning, your thoughts will be led astray from a sincere and pure devotion to Christ” (a), “for many deceivers have gone out into the world, those who do not confess the coming of Jesus Christ in the flesh. Such a one is the deceiver and the antichrist” (b). There will be “false prophets (c), who come to you in sheep’s clothing” (d), “for many false prophets have already gone out into the world” (e), even “performing great signs & wonders” (f) to “lead many astray” (g), though the people “will speak well of them” (h). There will be “false apostles (i), deceitful workmen, disguising themselves as apostles of Christ” (j), “those who call themselves apostles and are not – I (Christ) have found them to be false” (k). There will be “danger from false brothers” (l), “secretly brought in, who slipped in to spy out our freedom (m) that we have in Christ Jesus, so that they might bring us into slavery” (n), and in context, Paul is referring to the slavery of OT Torah Laws of conditional-favor, including circumcision. There “will be false teachers among you, who will secretly bring in destructive heresies, even denying the Master . . . In their greed they will exploit you with false words” (o). <Notes> a) 2 Corinthians 11:3, b) 2 John 1:7, c) Acts 13:6, d) Matthew 7:15, e) 1 John 4:1, f) Matthew 24:24; Mark 13:22, g) Matthew 24:11, h) Luke 6:26, i) sent-out ‘missionaries’, j) 2 Corinthians 11:13, k) Revelation 2:2, l) 2 Corinthians 11:26, m) from OT and Gentile religious rules, n), Galatians 2:4, o) 2 Peter 2:1, 3.

Paul repeatedly warned about these teachers of the Law (a), “charging certain persons not to teach any different doctrine. . . rather than that which is by trusting-relying-faith” (b), telling his young pastor-evangelist: “put these things before the brethren, being a good servant of Christ Jesus, ongoingly being nourished/educated (c) by the logos gospel message of The-Trusting-Relying-Faith and/coupled the [singular] beautiful, harmonious, excellent, praiseworthy (d) teaching (e) that you have followed” (f). Therefore, “If anyone teaches a different doctrine (e) that does not agree with the sound (g) logos messages of our Lord Jesus Christ and the didaskalia teaching that accords with godliness, he is puffed up with conceit and understands nothing. He has an unhealthy craving for controversy and for quarrels about words (h), which produces . . . and constant friction among people who are depraved in mind and deprived of The Truth (l), imagining that godliness is a means of gain” (i). The Hebrews writer says, “Do not be led away by diverse and strange doctrines, for it is best for the heart to be strengthened by unconditional-favor-of-grace, not by foods (j), which have not benefited those devoted to them” (k). <Notes> a) Romans 2:20-21, b) 1 Timothy 1:3-4, c) entrepho, d) kalos: beautiful physically or morally; distinctly the ‘beauty’ that comes from harmony or proportional symmetry and thus completeness; excellent in nature or character, thus well adapted for its use, and thus praiseworthy and noble., e) didaskalos, f) 1 Timothy 4:6, g) hugiaino: sound, in-balance, all-parts-working, healthy condition, h) again scholarly debate is still encouraged to ‘unlock’ the scriptures and the Jews saw it as “worshipping God with their minds”, i) 1 Timothy 6:3-5, j) of the written Torah Law of conditional-favor, the Oral Torah, or Gentile religions, k) Hebrews 13:9, l) Jesus per John 14:6.

As Christian musicians, the teachers coming into the Church have always been the deceived and the deceivers, especially those who continue to teach the commandments of the old covenant or wise-sounding regulations from the world.  Either builds The Great Wall quenching the Holy Spirit, and “they are absolutely in fact of no value in stopping the indulgence of the flesh.”  The problem has never been not knowing God’s will – He speaks to every man’s conscience and the Old Testament existed for 1000s of years!  The problem has always been the flesh’s inability to consistently “desire or do God’s pleasure.”  The problem is the lack of enabling-power!  The New Covenant promises something completely different than the old covenant – the Holy Spirit’s enabling-power and the perfect sacrifice of Jesus Christ when we fail!  “Mercy and Grace trump the judgment of the Law” per James 2:13.  Religious teachers always try to find a way to climb up a ladder toward God through some acts of obedience, but Paul’s gospel calls all men to “the obedience of faith” per Romans 1:5, 16:26 in “one man’s act of obedience that makes all men righteous” per Romans 5:19.  Much of the New Testament is written just to warn Christians about the deception of religious teachers and “to abide/remain in Christ so that you have absolutely in fact no need that anyone teach you” per 1 John 2:27 and then there will be no doubt you will “bear much fruit to prove we are Christ’s disciples” per John 15:7-8.