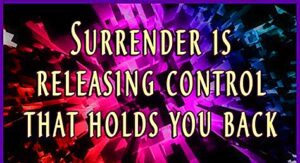 It really is all about control

The great battle is between our self-control and the Lord’s.  The Greek NT noun egkrateia, verb egkrateuomai, and adjective egkrates mean “dominion exercised from within ourselves, not by others, so it’s often translated as self-control, self-restraint, self-mastery, or continence.”  It’s only used positively 1 time in the NT concerning the natural man and that’s in 1 Corinthians 9:25 concerning the Greek Olympic Games:  “Each competitor must exercise self-control in everything.  They do it to receive a perishable crown, but we an imperishable one.”  The athletes controlled their diet, sleep, exercise, and were abstinent from sex.  Paul admired this drive!  But He knew most men all too well.  In 1 Corinthians 7:8-9 his advice to “the unmarried and widows is to remain as I am [single].  But if they don’t have self-control, let them get married, for it is better to marry than to burn [with sexual desire].”  We will return later to the 1 positive use of this word in the NT, but let’s look at the general aspect of “dominion exercised from within” ourselves.

For the natural man or a fleshly Christian, the “dominion within ourselves” is the dominion of man’s naturally-enabling “power” of Zechariah 4:6’s “might and power.”  Regarding this “power,” the Hebrew koach and Greek ischus refer in context to man’s “endowed, already-possessed, ‘held-onto,’ combat-ready power that stays or ‘holds on,’ which is thus an internal capacity of firmness, vigor, strength, might, ability, efficiency, force, and power or control over external things.”  Can you see how all these words mean the same thing?  Let’s see how the NT uses this idea.

The Greek noun ischus isn’t used as much in the NT.  Three times it’s used by Jesus, once quoting the OT about unconditionally-loving God with all your inner power, and the cunning scribe reply (a).  2 Peter 2:11 speaks of the inner power of angels.  Revelation 5:12, 7:12 and 2 Thessalonians 1:9 use this word to describe this glorious inner power of the Lord, but we are to be strengthened by His inner power (b), and that the Father’s incomparable greatness of external dunamis enabling-power toward us who believe is displayed in the exercise of His immense internal ischus power (c) – that’s God’s solution to man’s “might and power” in Zechariah 4:6.  Finally 1 Peter 4:11 regarding the exercising the Spirit’s grace-gifts advises:  “Whoever speaks, let it be with the divine oracles (d).  Whoever serves, do so with the inner power that God supplies, so that in everything God will be glorified through Jesus Christ.” <Notes> a) Mark 12:30, 33; Luke 10:27, b) Ephesians 6:10, c) Ephesians 1:19, d) logion: uttered prophetic messages of the directly-spoken/heard prophetic rhema words of God – see Coaches and Facilitators, Prophetic Rhema, Teach One Another, and Might & Power pages.

The corresponding Greek verb ischuo for “inwardly-powerfully-enabled-to-do, perform, or accomplish” isn’t used that much either in the NT.  Often it is used negatively for man’s absolute-in-fact inability to accomplish something.  The Pharisees absolutely in fact couldn’t reply to Jesus’ accusations or trap Him (a), just as the Jews weren’t able to prove their case against Paul (b).  Jesus warned people who wanted to follow Him as a disciple that if they weren’t “all in” by “carrying their cross,” they would be like people who want to build a tower without first computing the cost to see if they had enough money to complete it, so with an unfinished tower they would be laughed at, saying: “This man began to build but was not inwardly-powerfully-enabled-to-do it unto completion” (c).  Jesus warned:  “Exert every effort to enter [the kingdom] through the narrow door, because a multitude, I tell you, will try to enter and/coupled shall actually absolutely in fact not be inwardly-powerfully-enabled-to-do this” (d).  Can you believe that Jesus asked His disciples 3 times to stay awake and “watch in proseuche conversational-prayer” with Him for 1 hour and 3 times they fell asleep?  He said, “What’s this?  You absolutely in fact could not be inwardly-powerfully-enabled-to-do by watching with Me for one hour” (g)?  Jesus spoke often of the “inherent weakness, feebleness, impotence, worthlessness, uselessness, and failure of the sarx flesh” (f). <Notes> a) Luke 14:5, 20:26, b) Acts 25:7, c) Luke 14:27-30, d) Luke 13:24, e) Luke 13:24, f) Matthew 26:41; John 6:63, g) Matthew 26:40; Mark 14:37.

But if Christians turn back from NT unconditional-favor-of-grace to the OT Torah Law of conditional-favor, we will quickly loose our ishus inner power.  The problem with legalistic Christianity is that the old covenant Law is a “yoke [of slavery] upon the necks of the disciples which neither our forefathers nor we (apostles) were inwardly-powerfully-enabled-to-do to bear” (a).  Jesus gives a warning to Christians who disconnect from the Holy Spirit of Christ (b) and try to do it on their own:  “You are the salt of the earth, but if salt becomes flavorless, how can it be made salty again?  Henceforth it is absolutely in fact inwardly-powerfully-enabled–to-do for nothing but to be cast out [onto the roads or fields] to be trodden under foot by men.” <Notes> a) Acts 15:10, b) John 15:1-11.

Now look at the powerful effect of the Lord’s Spirit!  Jesus said in Luke 6:47-48, “Everyone who comes to Me and listens to understand My logos gospel messages and/coupled routinely does them, I will show you what he is like:  He is like a man building a house, who dug down deep, and laid the foundation on petra bedrock.  When a flood came, the river burst against the house, but it was absolutely in fact not inwardly-powerfully-enabled-to-do shaking it, for it was founded upon a petra bedrock.”  Jesus is often referred to as the petra bedrock that the Church is built on (a).  It’s sure not Peter (b), contrary to what the Catholic Church believes – see The Great Wall quenching the Spirit in the Church. <Notes> a) Matthew 16:18; 1 Corinthians 10:4; 1 Peter 2:8; Romans 9:33, b) petros means little inconsequential stone.

Now let’s return to the 1 positive use of egkrateia, verb egkrateuomai, and adjective egkrates in the NT regarding the natural man, as it means “dominion exercised from within ourselves, thus self-control, self-restraint, self-mastery, or continence.”  Because the New Covenant is completely different-in-kind by definition (c) and context, it’s no wonder that these 3 Greek words are used almost exclusively of the self-control of the Holy Spirit, described as a “flavor” of the [singular] fruit (a) of the Holy Spirit who is unconditional-love (b). <Notes> a) karpos: essence or nature, b) Galatians 5:22-23, c) chadash, kainos: fresh, completely different-in-kind, unprecedented, sharing nothing with its predecessors, unique, and superior.

So in Titus 1:8 when Paul talks about the qualifications of elders, overseers, or shepherds (a) being “self-controlled,” He is primarily talking about the Spirit’s character “exercising mastery within” them, dwelling within their body as a temple of God to control their humanly passions (b).  When 2 Peter 1:4 talks about “becoming koinonia partakers of the divine nature after escaping the worldly corruption that is produced through lust,” he advises Christians who are spiritually “connected to the Vine of Christ” (c) “for this very reason to make every effort to add to their trusting-relying-faith . . . self-control . . . and finally unconditional-love.  For if these things are really yours and are continually increasing, they will keep you from becoming ineffective and/coupled unproductive in the genuine, experiential, relational epignosis knowledge of our Lord Jesus Christ.”  These are all supernatural abilities accomplished in/by/with the Spirit as we continue in this special kind of knowledge of God. <Notes> a) all the same group of men – see Body Ministry-BT2, b) 1 Corinthians 6:18-20, c) John 15:1-11.

However, negatively in Acts 24:25 Paul often spoke of righteousness, [the lack of] self-control, and the coming judgment, which definitely frightens some!  That is exactly the logos gospel message of The Truth as Jesus explains in John 16:7-11:  “When the Holy Spirit comes after I go away (e), He will convict the [unbelieving] world (a) of sin (b) and/coupled righteousness (c) and/coupled judgment (d).”  There simply must be a divine exchange of our lack of self-control, which results in our sin and unrighteousness and Day of Judgment to come.  There must me a divine exchange of all that failure for the self-control of Jesus Christ successfully accomplished on the cross!  And this exchange occurs in the surrender of public confession! <Notes> a) kosmos in context are unbelievers, not Christians who are not of this world anymore than Christ is, b) “because they don’t believe in Me,” sin results because of the lack of self-control, c) “because I am leaving” – Jesus, the Holy and Righteous One, was leaving – Acts 3:14; Jeremiah 23:6, 33:16, d) “because the ruler of this unbelieving world is judged,” which means the unbelieving world with him – John 3:18, e) this happened on the Day of Pentecost.

As Christian musicians, we can’t “play the fence” between God’s mastery of us and our instrument and our own.  If we want the former, we have to surrender the latter.  That’s what making “Jesus as Lord” is all about – not just at our public confession of The Faith during water-baptism, but our daily private confession.  If we want the “By My Spirit” dynamite-like power of the Lord, then we have to give up our own “might and power.”  Holiness doesn’t come by our Christian work, but by surrender to the Spirit of holiness – we must become intimate partners of the divine nature through intimate relationship.

Lord, I will no longer fight You for who is supposed to have control of me.  I am no longer “captain of my own ship” after I gave my life to You when I publicly confessed “Jesus is Lord” and was water-baptized for salvation.  I confess that I have lacked self-control my whole life, often saying “yes” to my own desires over Yours.  I’ve also had pride in my own “might and power” external resources and internal abilities, and claimed to have self-mastery over many things, even in my zeal to live as a Christian.  But I know that You “oppose the proud but give grace to the humble.”  Therefore, I gladly lay down my fleshly resources and abilities, even my many failures, in exchange or propitiation for the perfect self-mastery of Christ and the dynamite, enabling-power of His Spirit of holiness.

Lord, I know that attempting to do even 1 of the 613 Old Testament laws obligates me to do all of them, but the “Law multiplies sin,” thus making it “the Law of sin and death.”  No, I will not keep working on how to be more “right with You.”  Instead I will fully surrender by trusting-relying-faith in Your mercy and grace through the blood of Jesus Christ.  I “will NOT lean on my own understanding, but in all my ways lean on You to make my paths straight and smooth.”

Lord, I know that “self-control” is a final “flavor” or “by-product” of the singular fruit or nature of the Holy Spirit that is unconditional-love, so instead of striving for my own “self-mastery,” I will strive to be “filled with all the abundance unconditional-love of God by the means of the Holy Spirit.”  Then I will have “Joy, Peace, Patience, Kindness, Goodness, Faithfulness, Gentleness, and yes, Self-Mastery.”  Therefore, I know in order to have godliness and holiness I must be filled to overflowing by the Holy Spirit.  I know that “partaking in the divine nature to escape worldly corruption that is produced through lust” can only come through intimate fellowship through genuine, experiential, relational epignosko knowledge of You.

Lord, I trust that I am “Your workmanship, created in Christ Jesus for good works, which You prepared beforehand, that I should walk in them” and so “I exercise down-from-above my salvation with ‘fear and trembling’ reverential-amazement that it is You who works in me both to desire and to do Your good pleasure.”  How incredible You are to “take the muscles I tore down in the gym while exercising and rebuild them stronger during the time I am peacefully resting and asleep.”  Now that’s the unconditional-favor-of-grace!  What an awesome God!